Guide to Burdur Lake in Turkey: Access and Tips 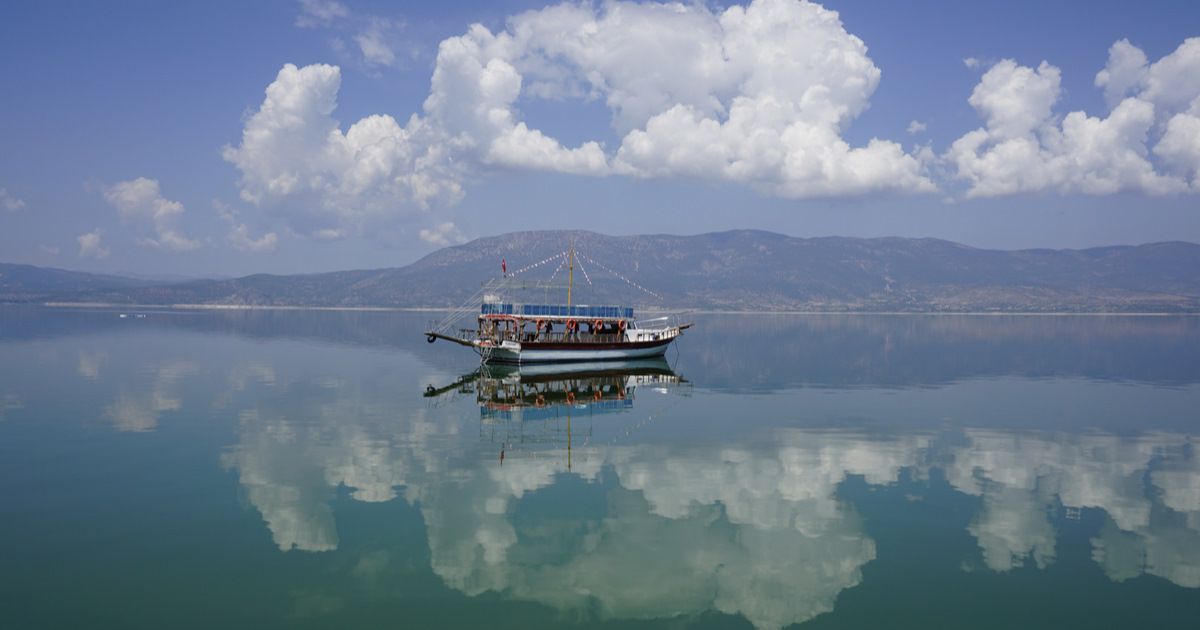 Burdur Lake is a tectonic lake located between the Isparta and Burdur provinces in southwest Turkey. It is about 148 km from Antalya city center (2 hours by car).

Burdur Lake is one of the most important wetlands on the Eurasia - Africa bird migration route. Thus, the Burdur Lake Basin is a significant habitat for many bird species.

In this article, you will find a complete guide to Burdur Lake, including how to get there, features of the lake, and many other useful tips...

What Can I Do at Burdur Lake?

Burdur Lake is one of the largest and deepest lakes in Turkey.

It's located in the Lake District Region in south-western Anatolia, within a closed basin. It's fed by several rivers including Eren Stream from the west and Çukuhamam and Çerçin Rivers from the east.

Burdur Lake is the largest lake in the Lakes Region. Approximately one third of the waterfowl in Turkey lives in this region. Migratory birds come to the lake from very far places. They use it as a shelter because the lake does not freeze in the winter.

Burdur Lake is protected by the Ramsar Convention due to its international importance as a place frequented by migratory birds. According to the Burdur Lake Biodiversity Research Project Report, there are 210 bird species around Burdur Lake.

One of the bird species that breeds around the lake is the globally endangered Whitetail (Oxyura leucocephala).

On the other hand, it's not possible to find any aquatic plants in the lake because of the sodium sulphate and chlorine content.

The Burdur Dikkuyruk (Whitetail) Festival and Lake Burdur Festival are organized by the Burdur Municipality in order to recognize the bird species living around Lake Burdur and to emphasize the importance of the lake.

On the northern part of the lake, you can see the Hellenistic ruins of the ancient city of Lysinia.

The ruins of the city lie on a hill on the west side of Lake Burdur. Several terraces and the base of a statue of Roman Emperor Hadrian were found here. There are no remains of a city wall. Ceramics and architectural parts were found at the foot of the hill.

How to Get to Burdur Lake

Burdur Lake is located between the Isparta and Burdur provinces. In order to reach Burdur Lake, you need to get to the Burdur province by private vehicle or bus. It is about 148 km from Antalya city center.

To rent a car, read our complete guide on how to rent a car in Antalya.

Where is Burdur Lake?

Burdur Lake is a tectonic lake located between the Isparta and Burdur provinces in the southwest of Turkey.

How far is Burdur Lake from Antalya?

What can I see at Burdur Lake?

On the northern part of the lake, you can see the Hellenistic ruins of the ancient city of Lysinia.

The History of Burdur Lake

The ancient name of Burdur Lake was Ascania.

Burdur Lake has lost more than one third of its water supply in the last 50 years and is in serious danger of drying out.

Burdur Lake was a large body of water with a depth of 200 meters in ancient times, today its average depth is 8 meters. With the warming of the earth, higher evaporation rates as a result of climatic changes, and less rainfall, the water level has come down to what it is today.

Burdur Lake is of international importance because it hosts endemic fish, zooplankton, and plant species. It's also a breeding and wintering ground for birds. The lake is an important nature area and an important bird area.

The lake, one of the 14 Ramsar Areas in Turkey, was declared a 1st Degree Natural Protected Area in 1998 and a Wildlife Development Area in 2006. Serenler Hill Nature Park is located in the lake basin.

In addition, the Urban Site of Burdur city center and some settlements such as Hacılar and Kuruçay around the lake and their surroundings have the status of Archaeological Sites.

Discover our list of lakes in Antalya and Salda Lake in Antalya.

Also, check out the best islands to visit in Antalya and national parks in Antalya.