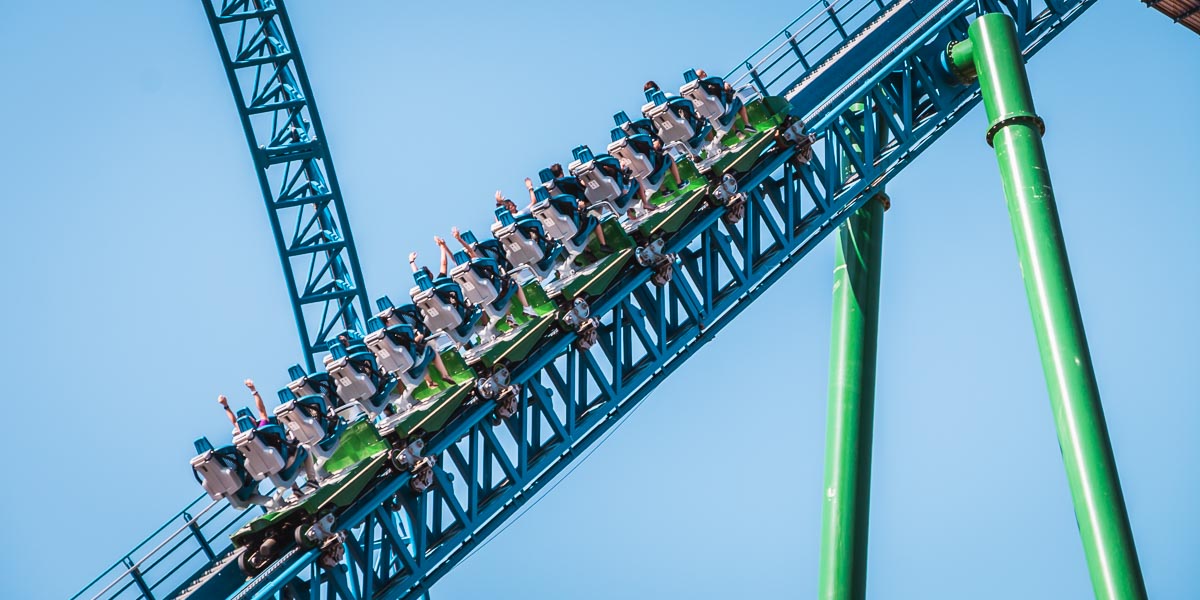 During your holiday in the Antalya Region, if you would like to spend the whole day lying in the sun, we are sure your children may want a different type of vacation, with more fun and adventure.

It totally normal! Children can get bored pretty quickly and will probably want to experience and discover places that they don't see at home. Well, Antalya is the perfect place to give them what they want: fun and excitement.

To help you prepare for your trip to Antalya with your children, we have put together a list of the 15 best things to do in Antalya with your kids. They will definitely enjoy all of these places, and maybe you will too! 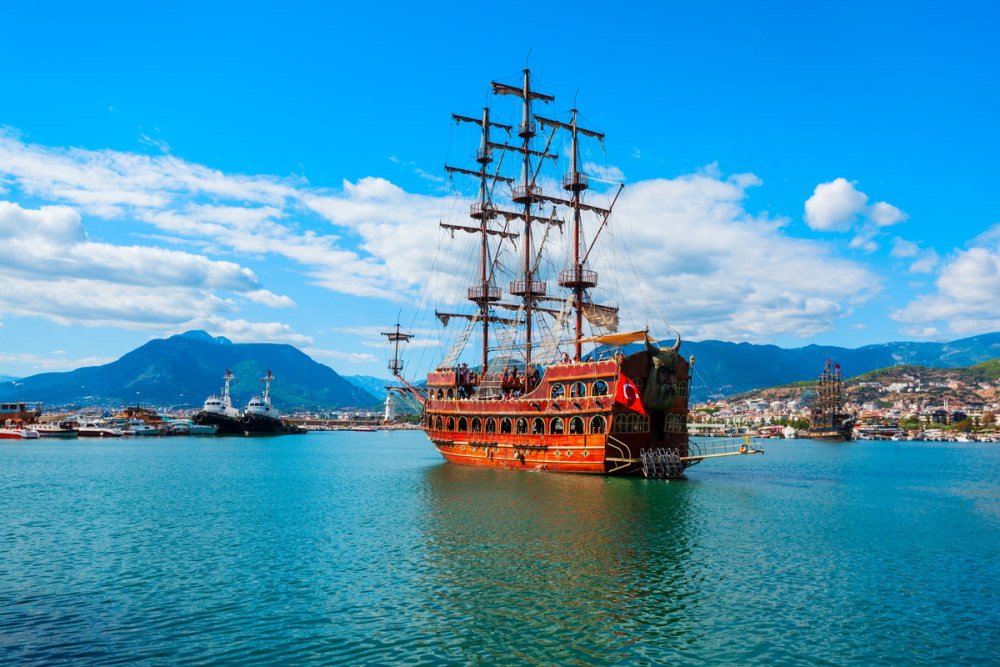 Both Alanya and Olympos, formerly called Phaselis, were very popular pirate ports in ancient times. Pompey, the enemy of Julius Ceasar in the Roman Civil War, finally defeated the Cilician pirates of Korakesion, which is today’s Alanya, and incorporated the region into the Roman Empire. The Cilician pirates were very well organized and carried out their piracy on ships that could almost be described as luxurious.

In memory of these times, today in Alanya and in the port of Kemer, trips with pirate designed boats are offered. What child has not dreamed of being a real pirate?

2. The Land of Legends Theme Park 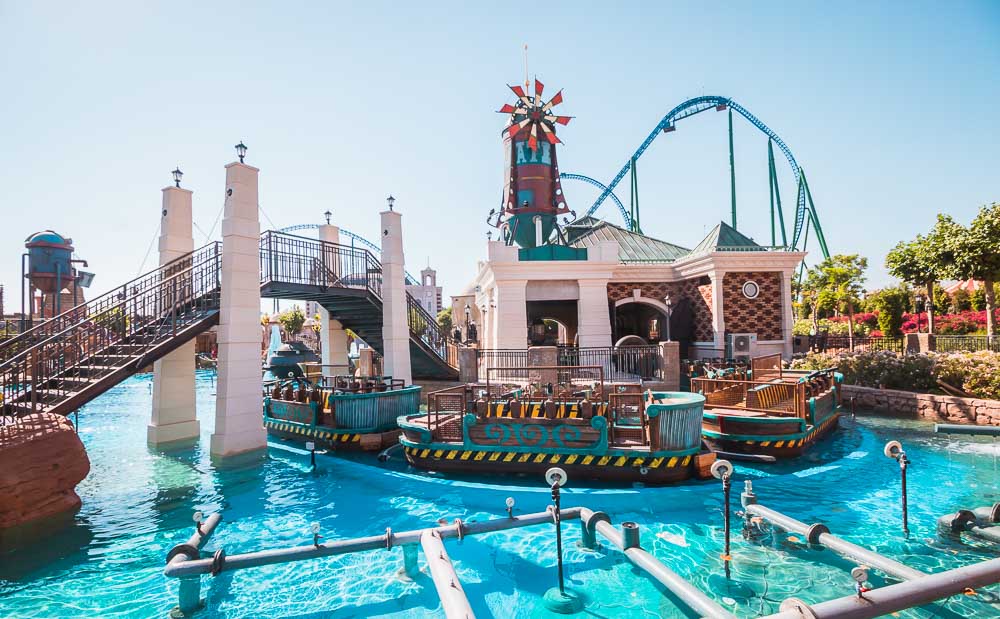 The huge The Land of Legends entertainment center is definitely one of the most amazing places in Antalya where you can take your children. It's located in Belek, 35 kms from Antalya Kaleiçi.

Upon entering the theme park, you are taken to the world of fairy tales, and the concept continues throughout the entire facility. It's not for nothing that the resort is called the Disneyland of Antalya.

The huge water park offers a total of 55 water slides, an adventure park attracts all ages with all imaginable rides, gondola rides are offered on the canal, popcorn, donuts stands, and fairy tale characters wherever you look. It's a paradise for children. Especially worth mentioning are the evening shows with lights and lasers. 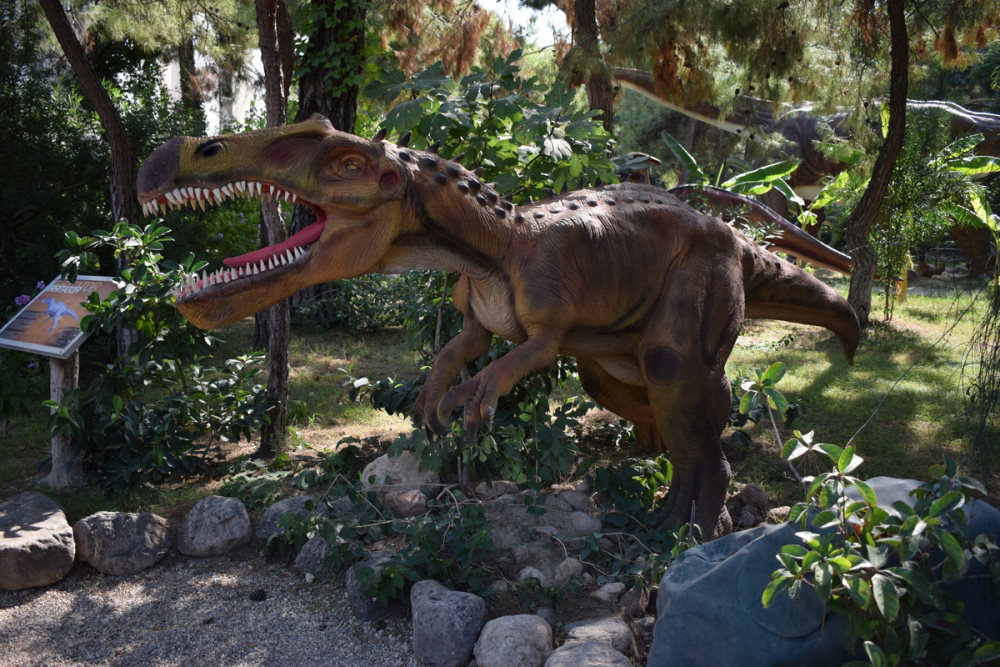 Dinosaurs have always fascinated people and all children’s eyes shine when they talk about dinosaurs. In the Dino Park in Göynük, which covers an area of 30,000 m2, replicas of giant animals are hidden in the pine forests. These replicas are lifelike, move, and also make dinosaur sounds. Children can touch them and at the same time get an impression of the immense size of these long-extinct creatures.

In the Deepfear horror tunnel, the theme park offers a special kind of experience, here actors invite you on a horror trip. The lighting effects emphasize the spookiness. In addition, there is a planetarium, a 7D cinema, a climbing wall, pool games, and a trampoline. 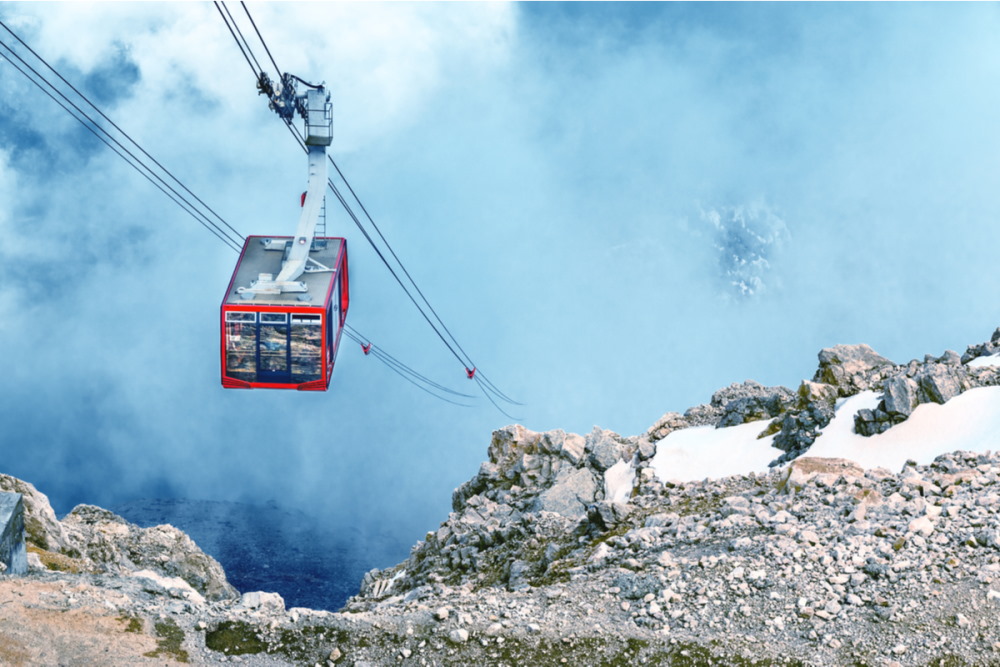 In 10 minutes, the red cabins of the cable car go from the beach in Kemer to Tahtalı Mountain, better known as Olympos. With a distance of 4,350 meters, the Olympos Teleferik cable car is one of the longest cable cars in the world. The ride up the 2,365 meter mountain takes about 10 minutes and the panorama is stunning. You can even see the ancient ruins of Phaselis. From the top of the mountain, during good weather, you might be able to see Alanya.

In addition to the fantastic view, various sports activities are offered on the summit, including a paragliding station. 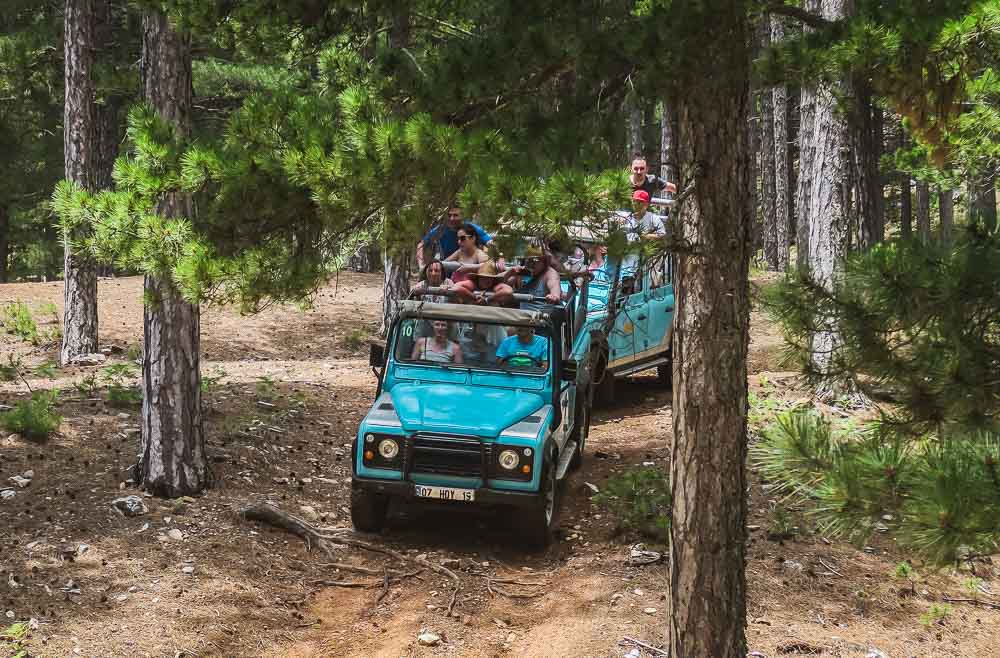 Jeep-Safaris are among the most popular tours in Antalya.

A full day excursion in the Taurus Mountains offers a welcome change from beach and sun bathing vacations. In the province of Antalya these excursions are organized everywhere, your hotel should be able to help you find one. With a small group, you will ride in an open jeep into the mountains.

Slowly the vehicle moves through the narrow and dusty roads between the pine forests, where some small hidden villages can be found in the mountain range. The safaris take you up to 900 meters above sea level. When you cross a riverbed, children especially enjoy the "water fights" between the jeeps. Lunch is served at a trout farm. Depending on the tour, there are also short breaks for swimming. 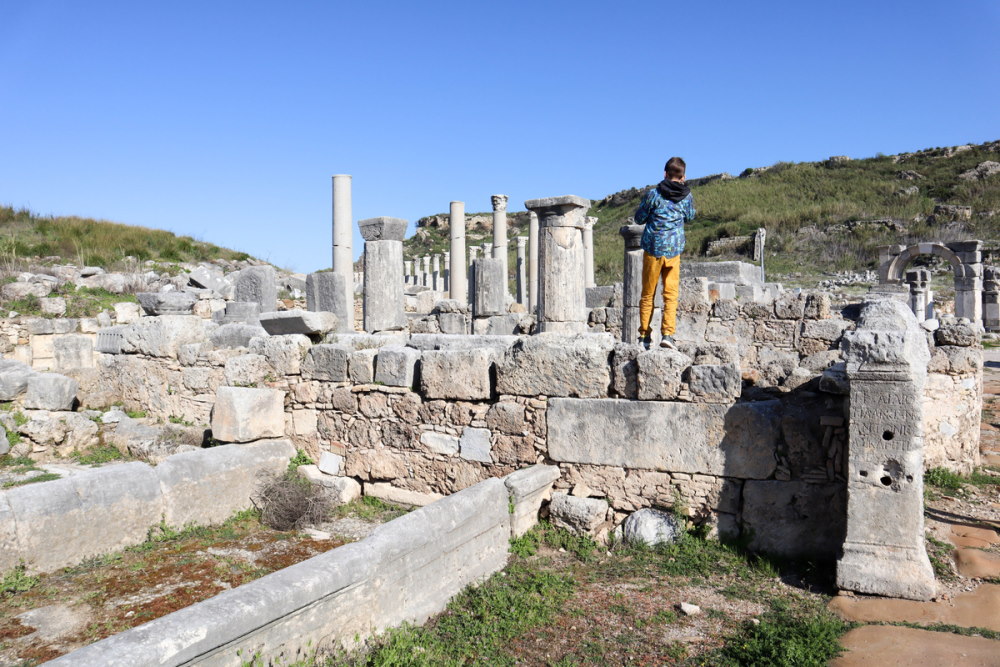 The province of Antalya is rich in ruins and ancient sites. Visiting one of the ruins can be interesting even for children, especially if there is a castle or another exciting story connected to it.

Simena, called today called Kaleköy, is a good example. The ancient city with rock tombs and ruins can only be reached by boat from Kaş, Demre, and Üçağız. Parts of the small Lycian coastal town, inhabited since the 4th century, were buried under the water as a result of an earthquake. As a consequence, the city became an island.

Only a meter below the water surface, many of the ancient ruins and the harbor pier are clearly visible. The famous sunken basilica can be explored by boat tour.

This is an exciting adventure for young and old.

7. Stay at a Family Resort 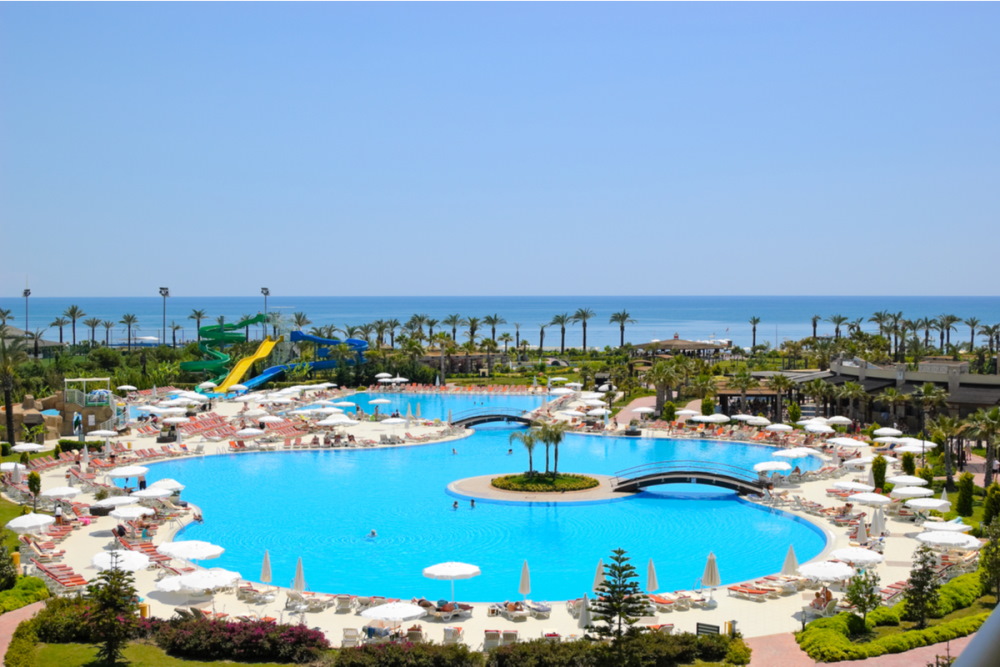 There is hardly a country that is as child-friendly as Turkey. Children are forgiven for almost everything, everyone has a smile for the little ones, no matter where they come from, what they look like, or what they are doing.

Numerous resorts are specially adapted for children. The Kids Concept is offered by many of 4 and 5 star hotels. Here, little guests are often entertained with an all-round program and the childcare is in German or English, so they quickly make new friends. Mini clubs and mini discos, pools with slides, playgrounds, animation, and various sports activities depending on age are just some of the activities offered. In all-inclusive resorts, there is usually ice cream in the afternoon and pizza for in between.

These resorts are scattered all along the coast. Places like Side, Alanya, Beldibi, Belek, Camyuva, Antalya-Lara, and Incekum are especially popular with families. The beaches here are characterized by their fine sand. Pleasant water temperatures ensure that the little water babies don't freeze, even if they are in the sea all day. 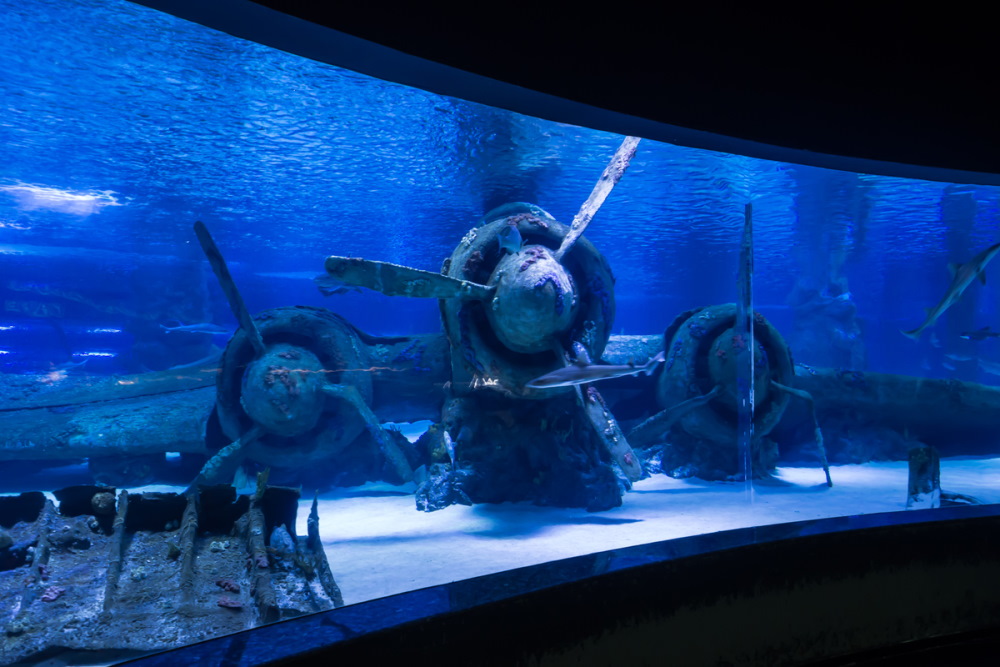 The Antalya Aquarium is the second largest aquarium in Europe and the fifth largest in the world. In a total of 64 tanks and 40 thematic aquariums, you can see about 5,000 fish and underwater creatures. The world’s largest tunnel aquarium, a 131-meter-long and 3-meter-wide tunnel that passes under the tanks and makes you feel as if you are swimming with the sharks, is particularly impressive.

The aquarium’s integrated snow world has a constant temperature of -5 degrees even in midsummer and features ice sculptures. Those who wish can play with snowballs. In the adjacent wildlife park you can expect huge insects, snakes, and reptiles. 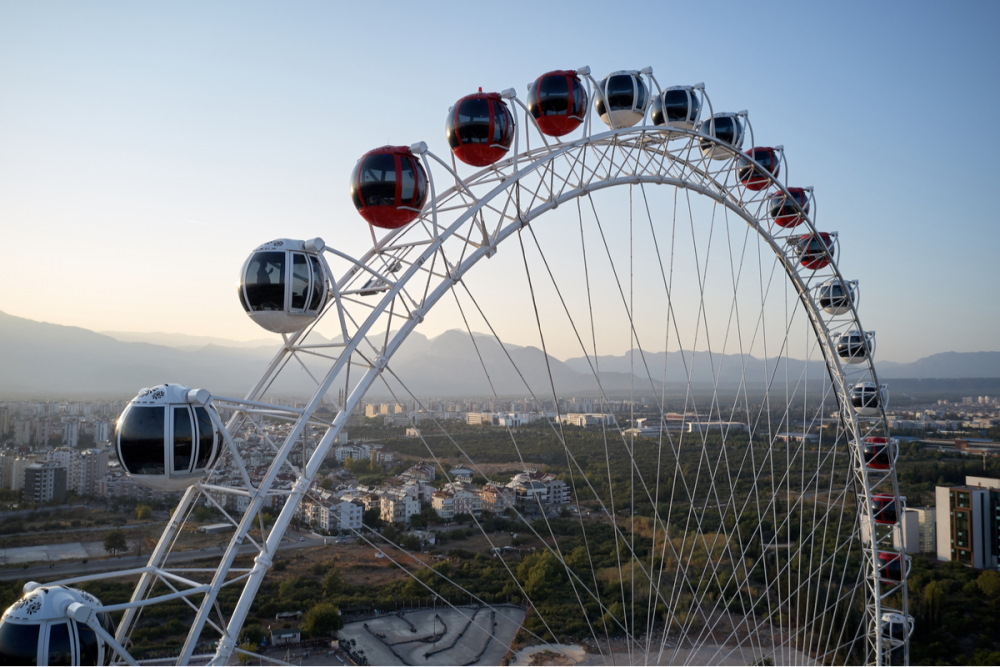 This amusement park, in the heart of Antalya opposite the Migros shopping center, makes children’s eyes sparkle. Over 30 rides await you at the facility. The benches in the park were specially made and catch the eye with their bright colors.

In addition to various roller coasters and other rides, the "Heart of Antalya" or "Antalya’nın kalbi" as it is called in Turkish, which went into operation in 2009, is also located here. The largest Ferris wheel in Turkey, and the second largest in Europe after the "Eye of London", is 90 meters high. 42 air-conditioned cabins can accommodate 10 people each. During the 18-minute ride, you can enjoy a unique view of Antalya and its surroundings. 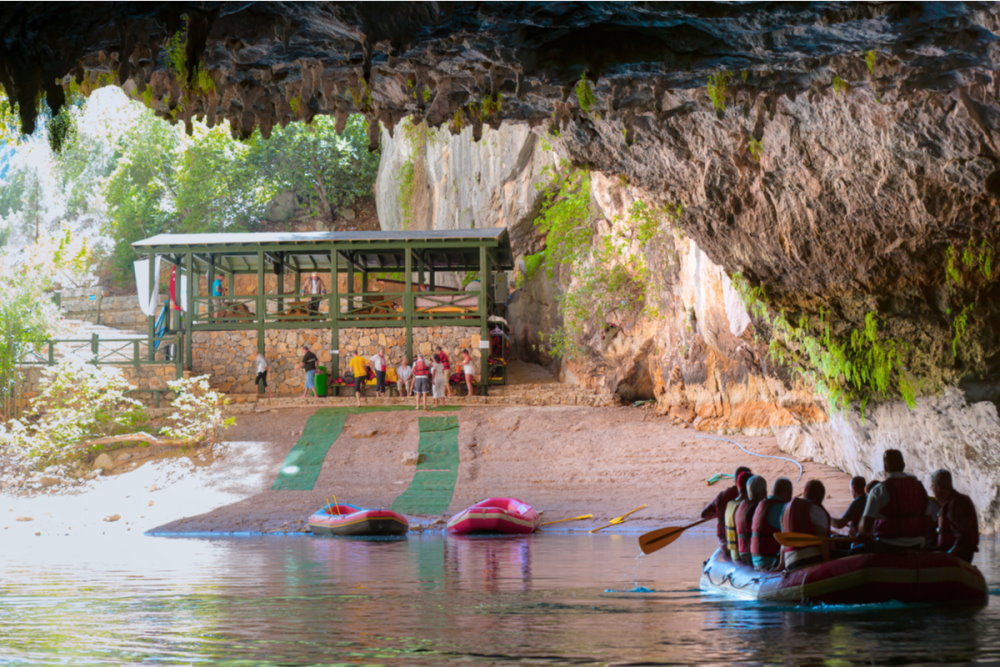 Throughout the Antalya region there are countless caves that you can visited. One of the most famous and well-known is Karain Cave. In fact, it's considered to be the oldest human settlement in Anatolia and is the largest cave in Turkey that has ever been inhabited.

Experts calculated that the cave is 500,000 years old and was inhabited from the Paleolithic to the Iron Age. From ancient inscriptions on the walls and other findings, it appears that it was used as a religious center during the Hellenistic and Roman periods.

Inside there are three large chambers separated by calcite walls, stalagmites, and stalactites that are connected by narrow passages.

A special kind of open-air museum awaits you in Sandland Antalya on Lara Beach. Sand sculptures, created by artists from all over the world, are exhibited here on an area of about 10,000 m2.

Sandland is also called the "World’s Most Fantastic Museum". Even though the exhibition has a different theme every year, you can almost always find Greek and Egyptian mythological figures, the 7 Wonders of the World, the Eiffel Tower, the Colloseum, and much more. Everything is made of sand… The evening lighting adds a very special flair. 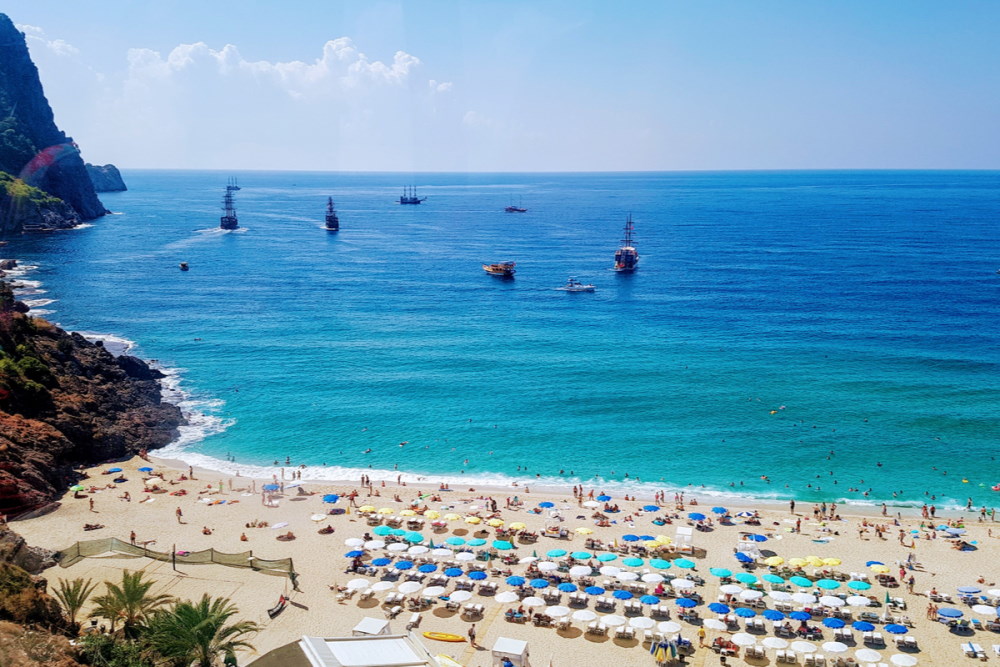 The Turkish Riviera offers more than 630 kilometers of coastline. With so much to choose from, the decision of which beach to visit is often difficult. Konyaaltı Beach is set against the imposing backdrop of the Taurus Mountains. Mermerli Beach, a stony sandy beach, is located right by the harbor and is accessible via the stairs of a restaurant. While Marmara Beach can only be reached by elevator.

Families usually prefer Cleopatra Beach near Alanya, and the 18-kilometer Patara Beach near Kaş is known for its white sand. Lara Beach will impress you with its proximity to Düden Waterfall, which plunge directly into the sea. Whereas, Olympos Beach stands out for its closeness to nature and wildlife. Here you can spend the night in a tree house and watch the sea turtles. Kalkan is surrounded by high cliffs and has the charming flair of a fishing village.

The choice is yours. 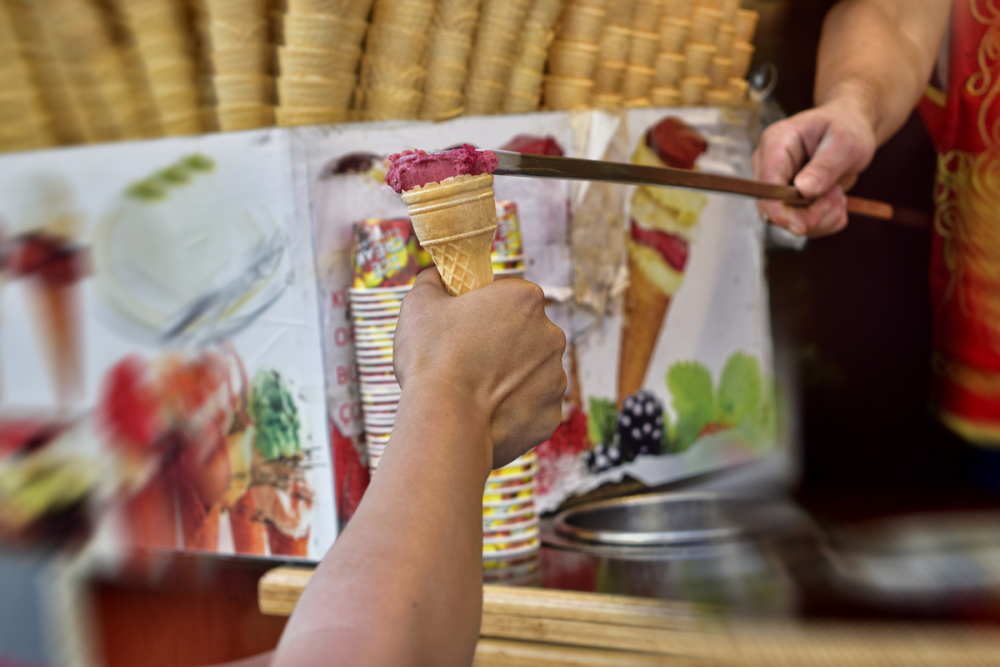 In Turkey, traditionally dressed, street vendors sell ice cream in their wheeled wagons. Unlike the ice creams known in Europe, Maraş-Dondurma has a chewy, sticky consistency, which is mainly due to the addition of salep. Salep is obtained from the tubers of some species of terrestrial orchids. Another benefit of adding salep is that the ice cream melts more slowly.

The sellers constantly mix the ice cream, which allows it to maintain its elastic consistency. When handing the ice cream to the customer, the vendors often joke around, pulling the ice cream away again, showing customers how elastic the ice cream is, and how far it can be stretched. Ice cream and entertainment included. 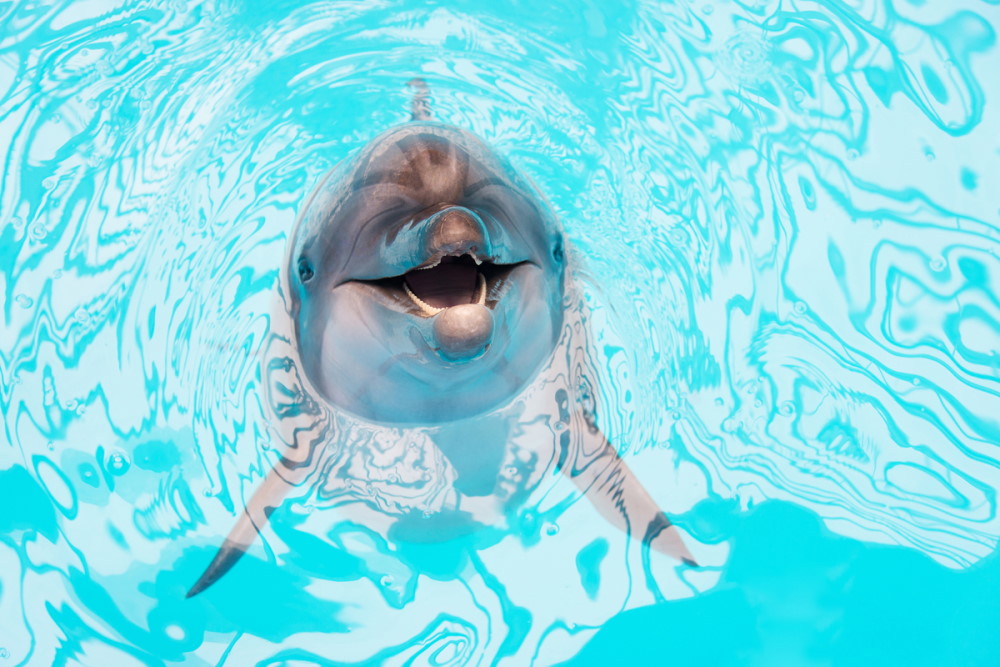 Founded in 1994, Aquapark is the oldest of its kind in Antalya. Located in the middle of a large green area and surrounded by shady trees, it offers various water slides of different degrees, a circular canal, and a wave pool.

The dolphin shows last about 1 hour, during which the animals show their acrobatic tricks. Those who wish can swim with the dolphins after the show.

15. The Ever Burning Fires of Chimaera 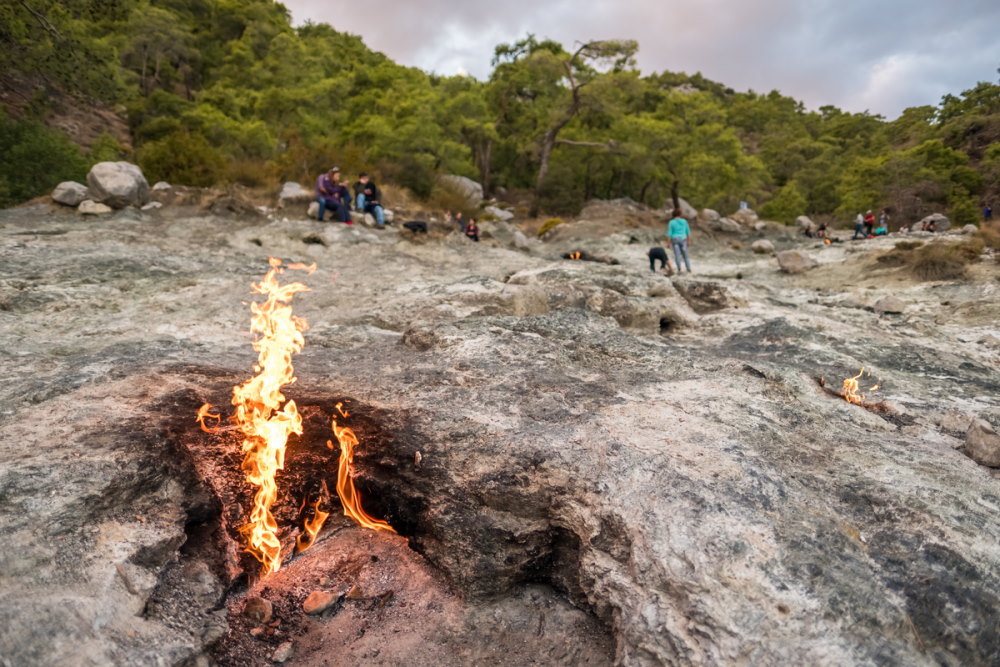 About 70 kilometers southwest of Antalya, near the village of Çıralı, a millennium-old natural phenomenon can be observed. The flames are also called the "eternal fires of Chimaera". They appear from the rocky mountainside in several places. The fire fields are located 2 kilometers from the sea 250 meters above the coast.

The fascinating spectacle is caused by gases escaping from fissures and cracks in the rocks deep inside the cliff and then this gas ignites when it's exposed to air. In ancient times, the fires are said to have been so high that even the sailors took their orientation from them. Today, the flames reach a maximum height of 50 centimeters.

Now you know about the 15 most interesting things to do in Antalya with children. Don't hesitate to book your tickets in advance through our links and check all the best resort offers for you and your kids in Antalya.