Visit the Side Archaeological Museum: Tickets, History, and Tips 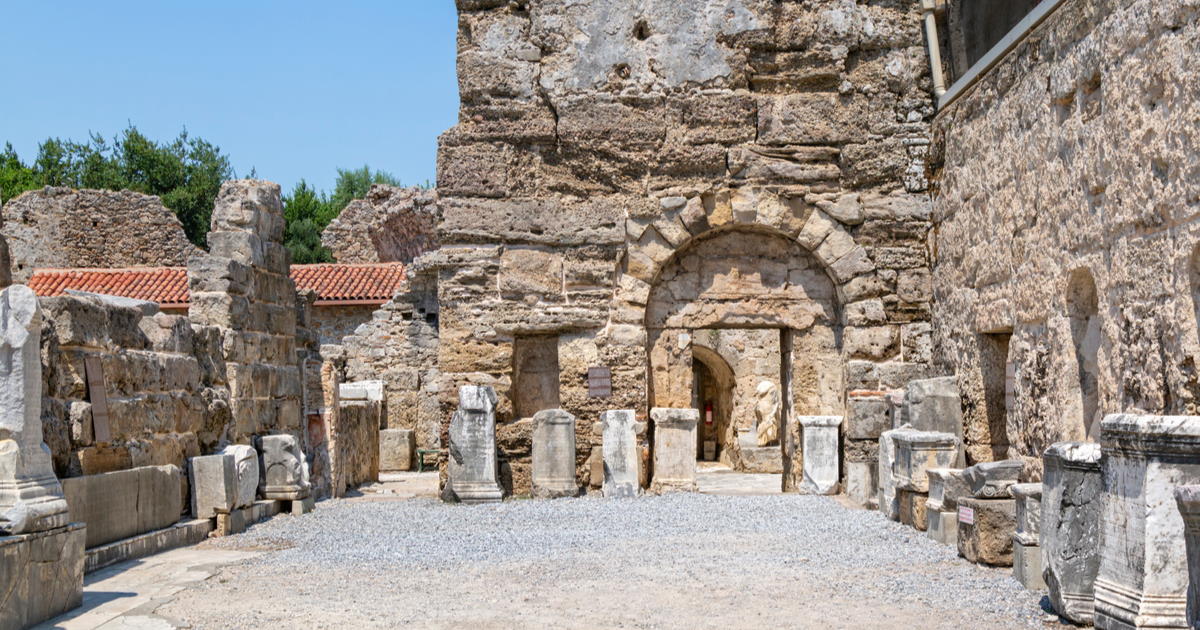 Side is famous for the ruins of an ancient city in modern day city of Manavgat. It's a 1-hour drive to and from Antalya, the largest city on the Mediterranean shoreline of Turkey.

Among all the still-standing buildings and walls, the Side Archaeological Museum offers a modest but interesting collection, housed in a unique building.

In this article, we will guide you though your Side Archaeological Museum visit and give you all the important information you need before you arrive.

1.
What Can I See at the Museum?
2.
Entrance, Tickets, and Tours
3.
How to Get to the Side Archaeological Museum
4.
Frequently Asked Questions
5.
The History of the Museum
6.
Contact

What Can I See at the Side Museum? The Side Archaeological Museum has a variety of ancient artifacts that are all worth seeing, displayed throughout 5 rooms.

Bathhouses were some of the essential facilities in any ancient Roman city or town. The 2000-year old Agora Bath of Side now houses collections of pieces discovered in and around this town. Its foundation dates back 2nd century CE and the building was seemingly renovated in 5th or 6th century. The 5 rooms of this bath were restored as the museum you see today in early 1960s.

The ancient ruins take you back to what life might have been like in antiquity with statues, friezes, daily-life objects, jewels, coins, sarcophagus, and inscriptions. They are exhibited throughout the hot, warm, cold, and sauna rooms where roman nobles and the upper classes once enjoyed their leisure time.

The gardens are also used for exhibitions and here you can see a few medieval inscriptions.

The art of sculpture is on display with the divine statues of Hercules and Hermes. The frieze of Aphrodite and the Three Graces form a charming couple as well. The statue of the ladies were found during excavations in the amphitheater.

Other striking works include glassware, jewels, weapons, and religious accessories.

Here, you can also see marble coffins from time of the Roman Empire. How to Get to the Side Archaeological Museum

From the Antalya Airport, you can take bus number 600 to the Manavgat Terminal Station. Here, you can take a short Minibus ride to Side.

If you drive from Antalya, take the D400 motorway towards Alanya, the turnoff for Side is at the western entrance to Manavgat.

You will find the Museum next to the big ancient theater. 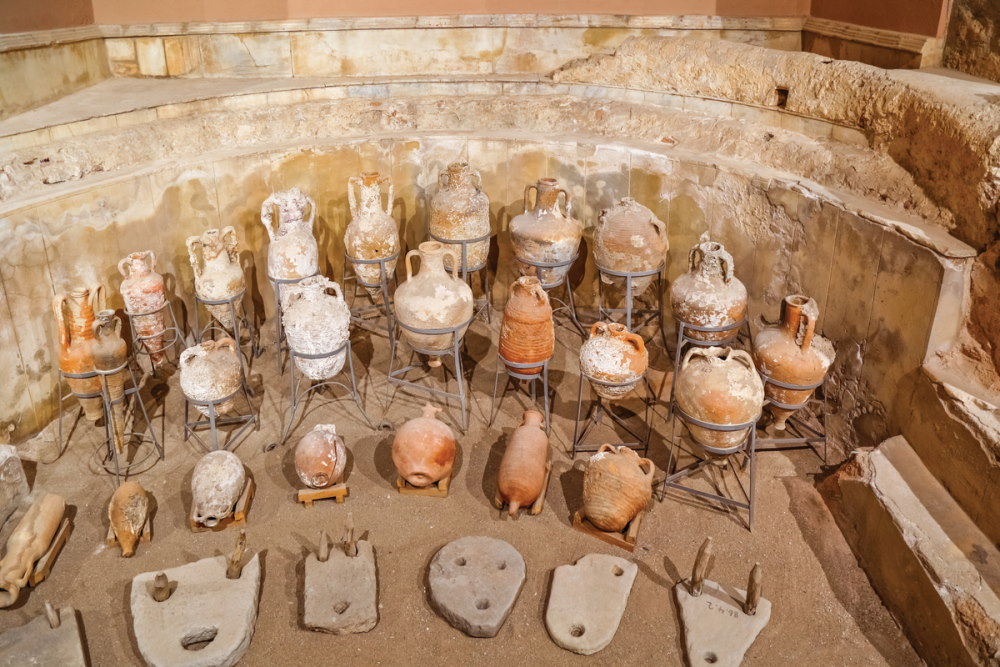 When is the best time to visit the Side Archaeological Museum?

Especially during the summer season, morning hours are the best, particularly for open air visits like the theater and temples. So, the museum can still be comfortable to visit closer to noon time.

How much does a ticket for the Side Museum cost?

Where is the Side Archaeological Museum?

It's located in the modern-day town of Manavgat, a one hour drive from Antalya. 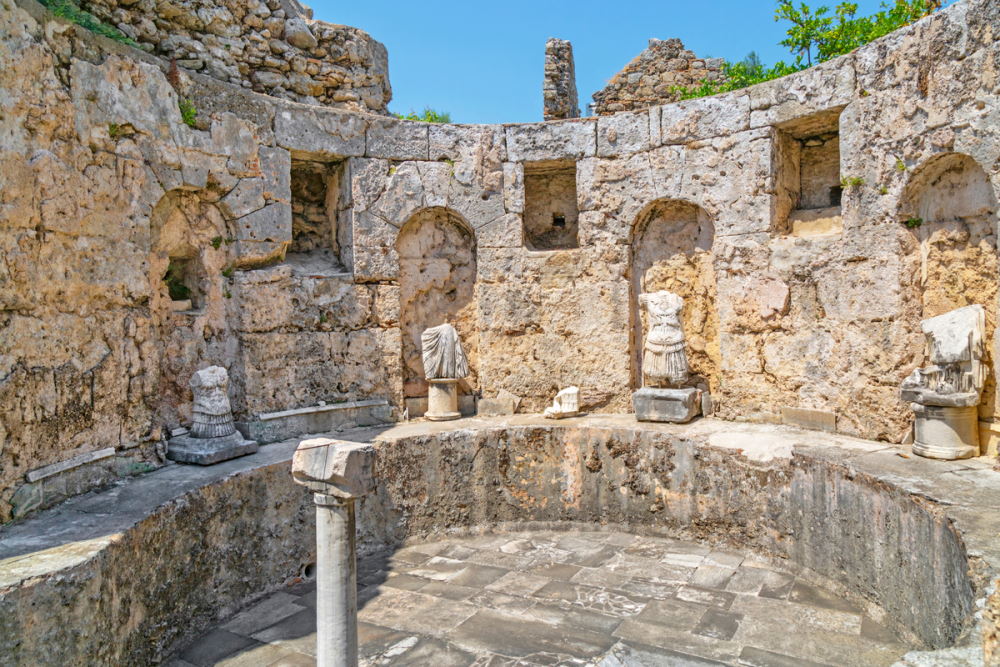 The History of the Side Museum

Extensive excavations in the ancient city of Side were largely conducted after World War II. The work was led by Arif Müfid Mansel, who was a pioneer of Turkish archaeology. He was one of the most successful students awarded with a scholarship to study abroad and lead this discipline in the most modern ways for the young Republic of Turkey.

The largely intact ruins of the bath house near the agora were picked to be the venue for the findings around the ruins. Once the architectural plans were prepared, the implementation of the new roof started. The museum you see today was opened in 1962.