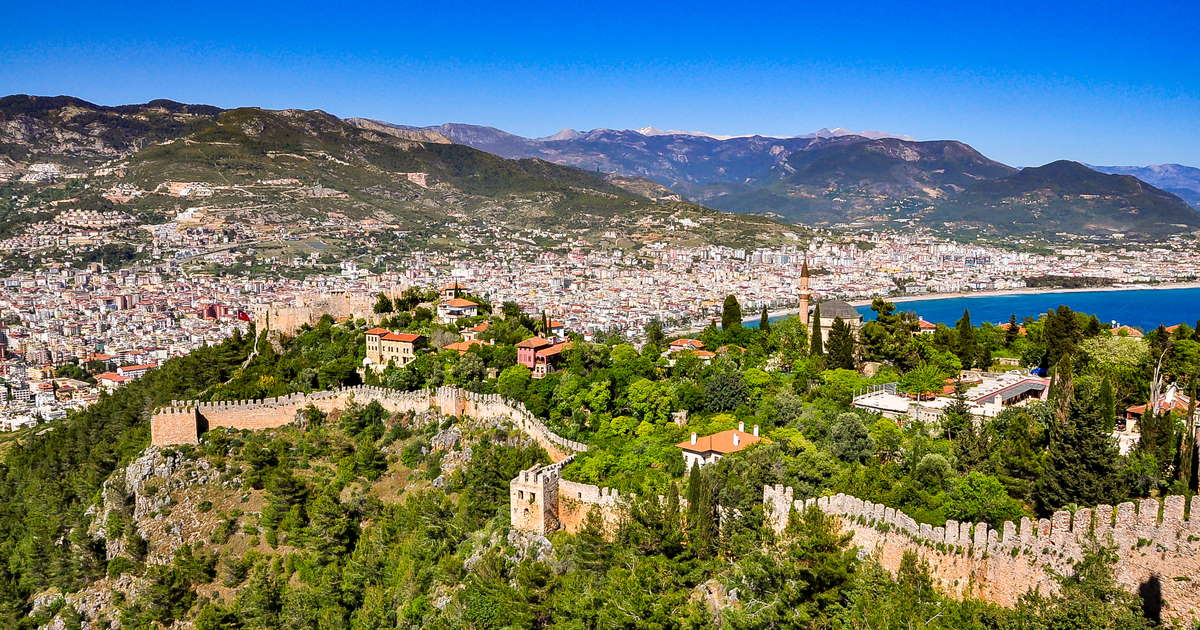 Alanya is one of the loveliest cities on the south coast of Turkey.

Located south of Alanya there ıs a castle called Alanya Castle that is a medieval castle, built in the 13th century and among the places worth visiting in the city.

In this article, we will tell you how to get to Alanya Castle, its history, and many other tourist tips about tickets, entrance, and location.

1.
What Can I Do at the Castle?
2.
Inner Castle İç Kale
3.
Entrance, Tickets, and Tours
4.
How to Get to Alanya Castle
5.
Frequently Asked Questions
6.
The History of Alanya Castle
7.
Contact 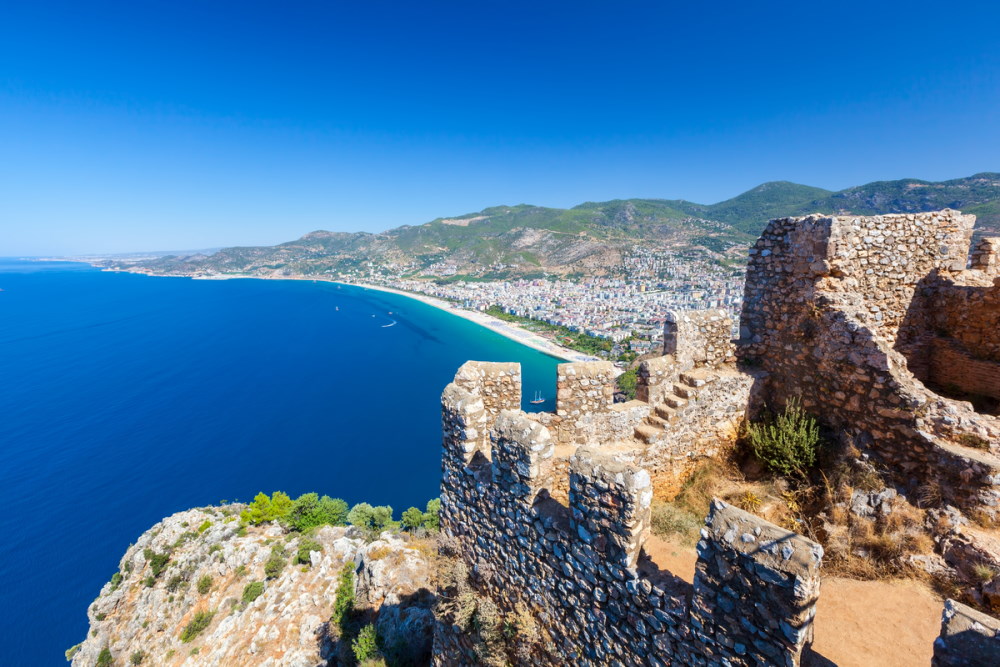 What Can I Do at Alanya Castle?

The castle was built in 1221 by the Seljuk Sultan Alaaddin Keykubat, who captured the city and had it rebuilt. There are 83 towers and 140 bastions in the castle. Nearly 400 cisterns were built to meet the water requirement of the city, which was located inside the walls in the Middle Ages. Some of the cisterns are still used today.

The castle was built on the remains of ancient fortifications, from the Byzantine and Roman periods. It rises 250 meters above the sea, at the top of a rocky peninsula, protected by the Mediterranean Sea on three sides. 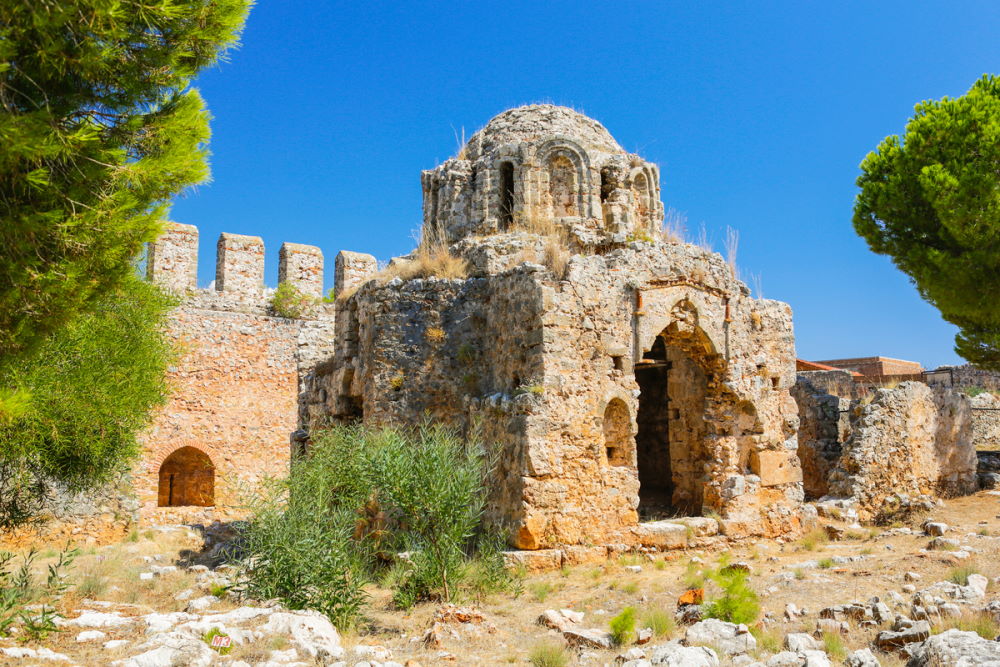 İçkale (Inner castle) is an open air museum at the summit of the peninsula. Byzantine, Seljuk, and Ottoman artifacts are found in the inner castle.

A path from Ehdemek leads to the inner castle at the top of the peninsula. There is an entrance fee here. On the left is a water cistern covered with red bricks. It is the largest of about 400 cisterns scattered around the castle and is still in use.

The Byzantine Church is one of the best preserved works in the citadel to date. The church was used as a small mosque during the Seljuk period. The section behind the church, which can be climbed with stairs, is like a viewing terrace. It is recommended to watch the amazingly beautiful city from here, especially at sunset. 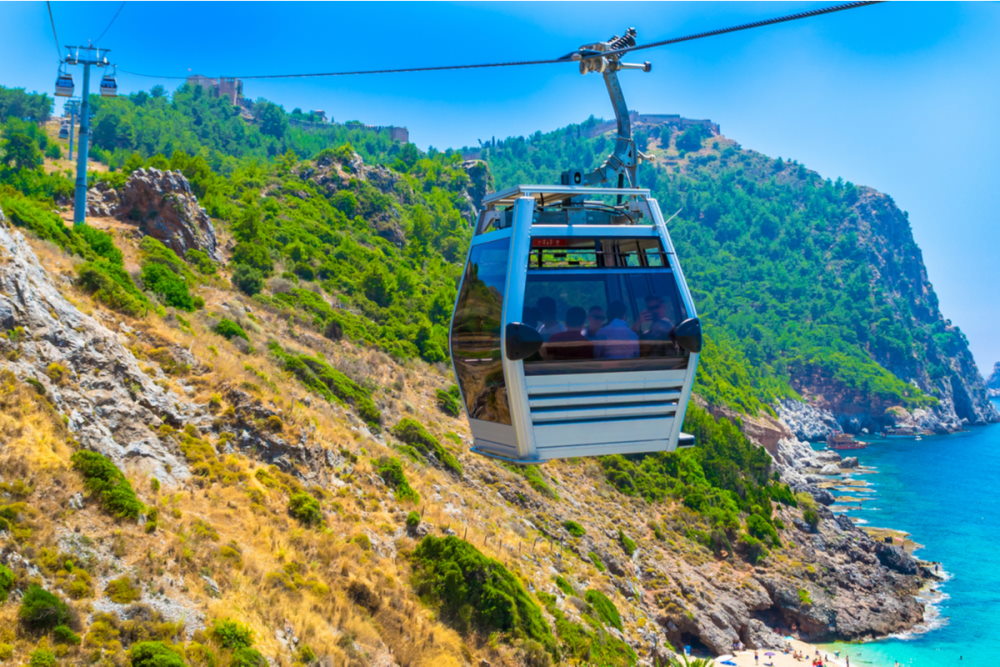 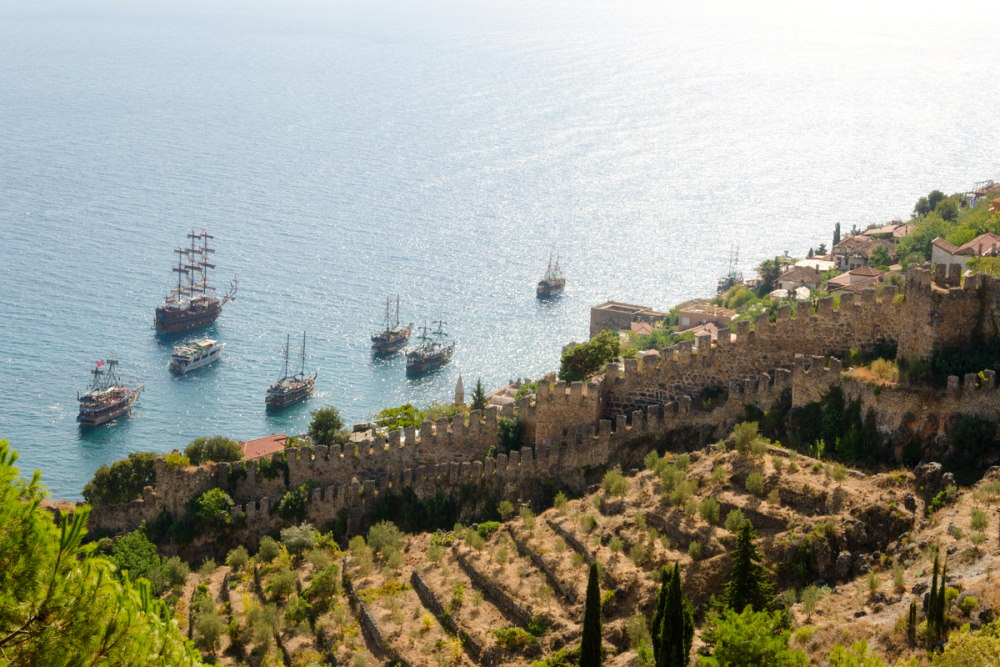 How to Get to Alanya Castle 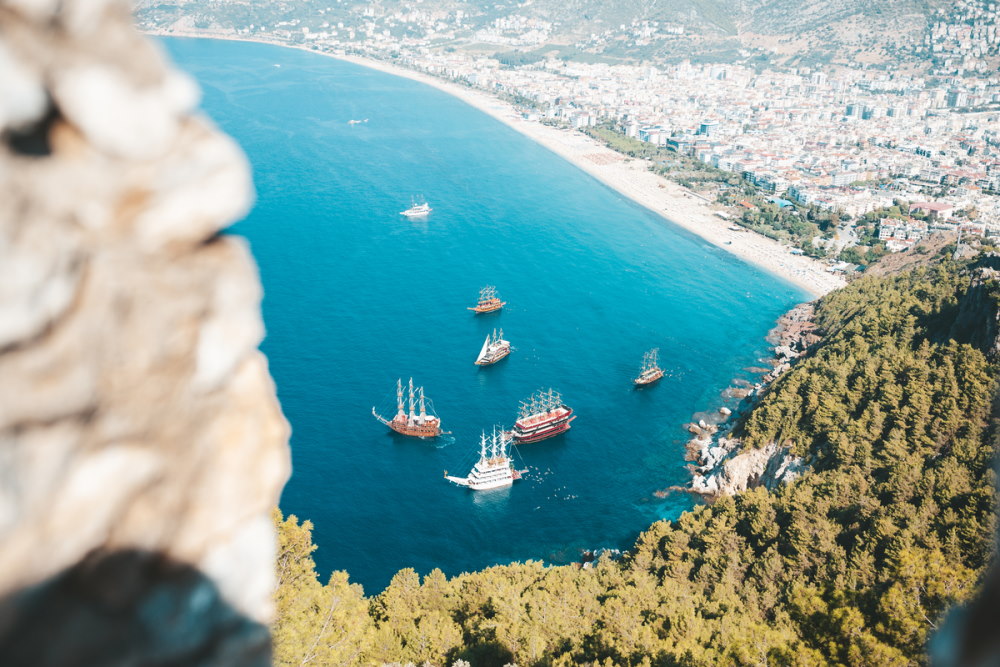 Where is Alanya Castle?

Alanya Castle is located in the Alanya district of Antalya, on a peninsula rising 250 meters from the sea.

How much does a ticket to see Alanya Castle cost?

A ticket costs 30 TL per person in 2021. Museum Card holders can visit it for free.

How can I get to Alanya Castle?

By Car: The road is narrow and uphill but you can reach the castle by car. There is a parking lot which costs extra near the castle.

Public Transportation: You can take the bus number 4 to get to the castle. There are also minibuses that goes to castle.

Cable Car: You can take the Cable Car to go up to the castle. The station for the cable car is near the Atatürk Park. You will need to walk uphill another 1 km to reach the entrance of the castle after exiting the cable car.

When can I visit Alanya Castle? 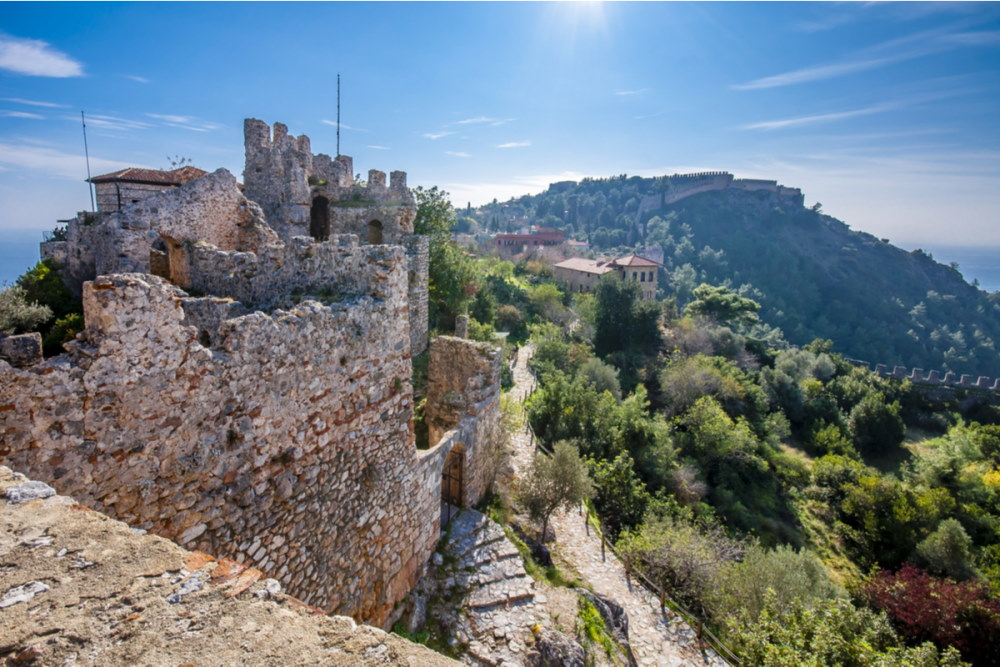 The History of Alanya Castle

The castle was named "Korakesion"  in the 2nd century BC by warriors of the Roman pirate Tryhos. Disturbed by the pirate activities in the Eastern Mediterranean, the Romans captured the castle in 64-65 BC.

The castle and the surrounding settlement were joined to the Seljuk country by Alaeddin Keykubad I in 1220-1221. Then, the Karamanogullari were under the rule of the Mamluks and finally conquered by Sultan Süleyman the Magnificent.

The Inner castle (İçkale) is a museum today.  The Seljuk Sultan, Alaeddin Keykubad, had his palace built here. After the area was completely made peaceful under the Ottoman Empire, the castle was no longer purely defensive and in the 19th century numerous houses were built within the perimeter of the wall.

Today, there is a settlement in the castle.