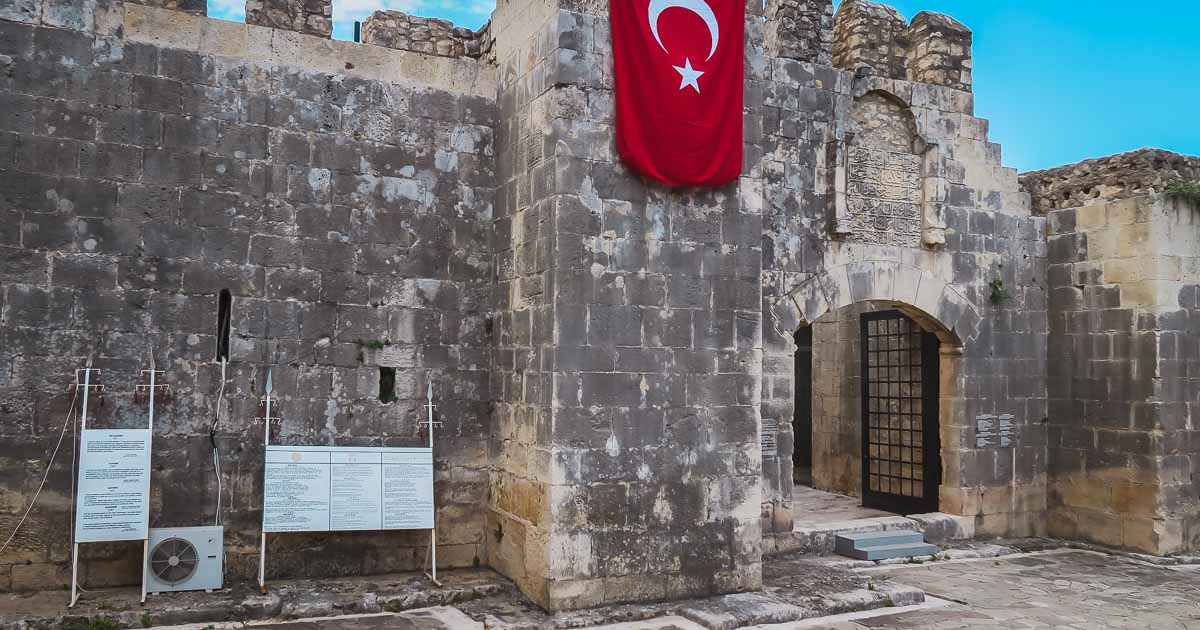 Alara Han is a historical caravanserai built in the 13th century by the Seljuks.

It's an exceptional masterpiece awaiting for those seeking discoveries about the cultural heritage of Alanya.

In this article, you will find all the important information to know before you visit Alara Han Castle in Alanya, including history, access, tourist tips, activities, and delicious restaurants nearby.

1.
What Can I Do in Alara Han?
2.
Entrance, Tickets, and Tours
3.
How to Get to Alara Han
4.
Frequently Asked Questions
5.
The History of Alara Han
6.
Contact What Can I Do in Alara Han in Alanya?

This building was built on 2000 square meters completely with cut stones by the Seljuk Sultan, Alaaddin Keykubad I, in 1231, according to the inscription.

Alara Han is located by the Alara river. Many merchants and travelers have come and gone for centuries along the banks of the Alara river. The trade route connecting Konya and Alaiye (now Alanya), two important cities during the Seljuk period, followed the Alara River to the Mediterranean. Alara Han caravanserai served as the last accommodation on this trade route. Merchants and travelers of the time rested in this inn.

The characteristics of the caravanserai's guardhouse are still preserved today. The second gate of the caravanserai opens to the places where the passengers would stay. There are chambers on both sides of the long corridor. Inside the caravanserai, there is a fountain, a mosque, and a bath. The signatures of the stonemasons who emerged during the repair of the building are also remarkable.

After Alara Han was restored, it turned into a complex including a restaurant and entertainment center where Turkish nights are organized. Alara Han stands out not only with its construction technique and stone masonry but also with a highly developed decoration scheme within the interior.

Alara Han has a unique place in art history with its unusual construction technique and marvelous masonry. You shouldn't miss its elaborate decoration in the interior. Mukarnas, which is a form of ornamented vaulting in Islamic architecture, is only one of the decorative elements you can see at Alara Han. It symbolizes protection against the wicked and harmful.

Alara Han had candles placed on 79 lion-headed sculptures as lighting. This form, known as Anatolian Lions, symbolizes Seljuk power. Legend says that these lions with sad expressions represent homesickness felt by travelers and merchants. The same legend states that the lions only smile when merchants safely reach their destination. Alara Han lies at the foot of a conical rock on which the Byzantines built a castle over the Alara River. Alara Castle fell into the hands of the Seljuks without a fight, because the lord of the castle gave up when he learned that the city of Alanya had also fallen into the hands of Seljuk Sultan Alaaddin Keykubad I.

The castle incorporates a citadel inside the outer walls. It's reached by a 180-step stairway, which is tunneled in the rock. Around the middle of the stairway, a deepening opens to a cistern. In the citadel you will find a palace, accommodation facilities for the garrison, a mosque, and a bath among the ruins.

The view of the walls surrounding the hill of the castle dominating the trade route is very impressive. It takes about an hour to reach the hill by following the walls and paths that sometimes become steep. An impressive view awaits you on the hill. How to Get to Alara Han

Alara Han is on the Antalya-Alanya route, in Okurcalar Town and within the boundaries of Çakallar Village.

There are no public buses or minibuses to take you directly to Alara Han.

By car: Drive west from the center of Alanya along D400 highway in the direction of Antalya and Manavgat. After 30 km turn, north in Okurcalar. The turn-off is clearly marked with signposts. After driving another 9 km you will reach Alara Han. Rent a car in Antalya with our guide to get there! Where is Alara Han?

Alara Han is on the Antalya-Alanya route, in Okurcalar Town and within the boundaries of Çakallar Village.

When was Alara Han built?

The building was built on 2000 square meters completely with cut stones by the Seljuk Sultan Alaaddin Keykubad I in 1231, according to the inscription.

How much is the ticket for Alara Han?

The entrance for Alara Han and Alara Castle is free.

How can I get to Alara Han?

By car: Drive west from the centre of Alanya along the D400 highway in the direction of Antalya and Manavgat. After 30 km turn, in Okurcalar. The turn-off is clearly marked with signposts. After driving another 9 km you will reach Alara Han. The History of Alara Han

In the 13th century, the Turkish empire reached its greatest extent on the soil of Asia Minor with the conquest of Antalya and Alanya. Since many cities were deserted, Alaaddin Keykubad I had fortified caravanserais built along the trade routes, which were about a day's journey apart. Alara Han marks the junction of the old pass road to the Seljuk capital, Konya.

For a while, Alara Han housed restaurants and stalls. A construction company from Ankara restored it between 1998 and 2000 in return for a 49-year right of use.

Today the stalls and restaurants have moved to a neighboring tourist area. Alara Han is now a museum that occasionally hosts events.

Learn more about monuments in Antalya on our page dedicated to ruins in Antalya.