Guide to the Ancient City of Myra in Antalya: History and Tips 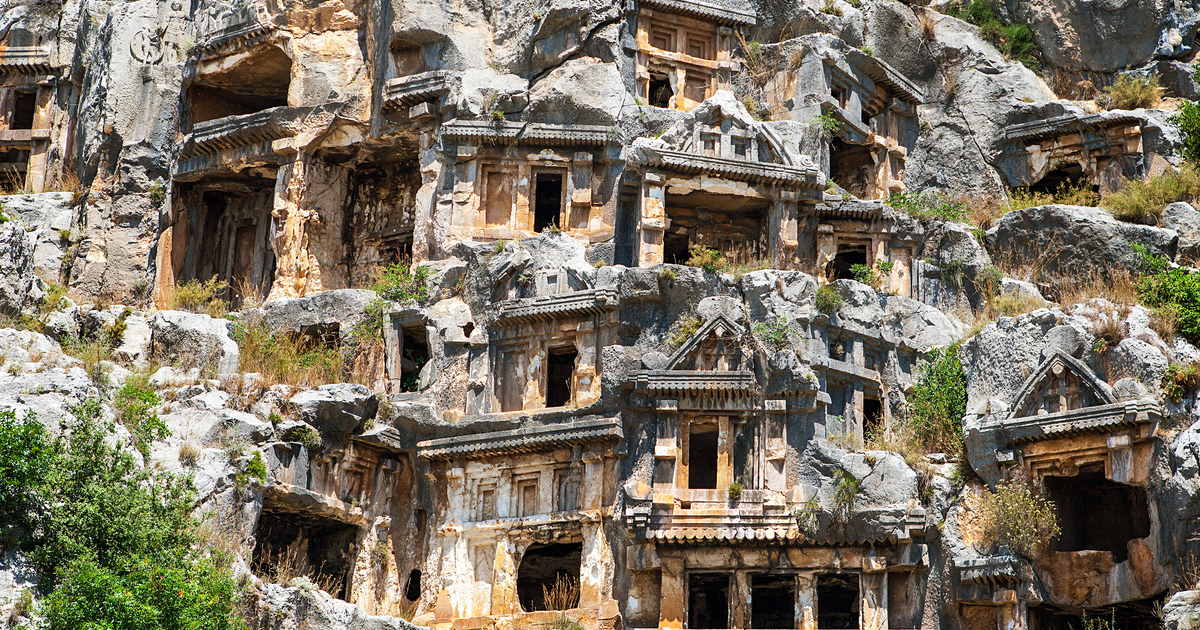 The ancient city of Myra is an important one. It's located in the Demre district of Antalya. The name Myra means The Place of the Supreme Mother Goddess.

Myra is famous for the church of Saint Nicholas, as he was the bishop in Myra and because of this the city maintained its reputation throughout the Middle Ages.

In this article, you will find all the important information you need to know before visiting Myra, including history, activities, location, tours, and access. 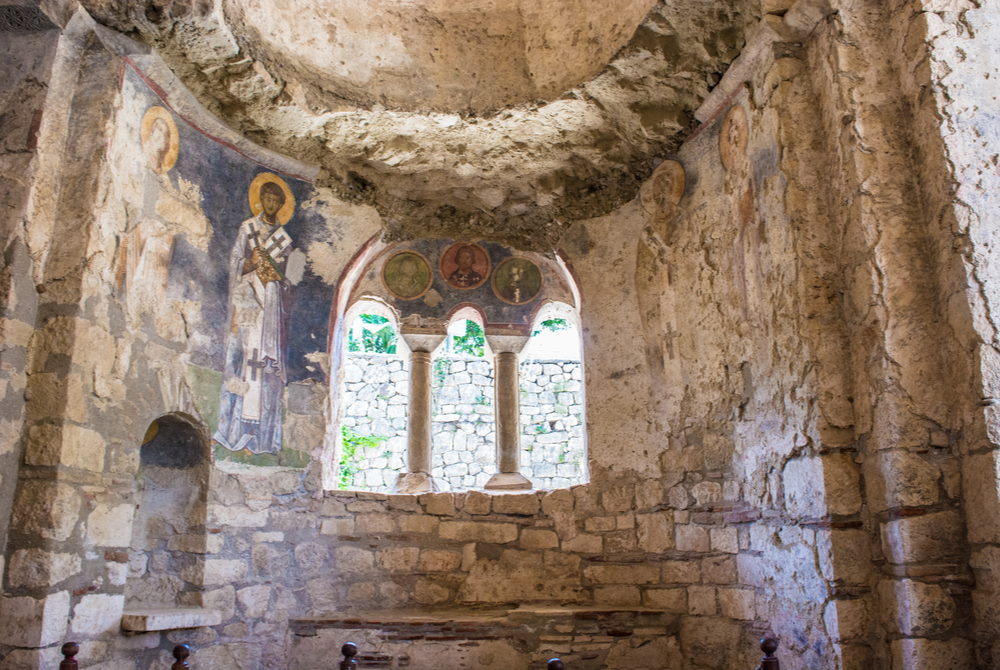 What Can I Do in Myra?

This church, attributed to Santa Claus, is considered sacred for many believers. After visiting this church, you can see the magnificent rock-cut tombs and theater.

The acropolis is just above the rock tombs and theater, however, no significant remains have survived in the acropolis. The city was initially founded on the hill above where the rock tombs are located, then it expanded downwards and became one of the six most important Lycian cities. Myra developed a lot during the 2nd century AD and many buildings were built with donations from wealthy people in this period.

There are two Lycian necropolis areas (rock tombs) cut into the vertical sides of the cliffs in Myra. The tombs were often carved in the shape of the front of a temple with pillars. It is remarkable that the rock tombs are adorned with so many reliefs and they look like a small houses. The "Lion Tomb" is the most famous.

The shape and characteristics of the tombs indicated the status of the person buried in the tomb. The reliefs on the bottoms sometimes displayed scenes from the person's life. 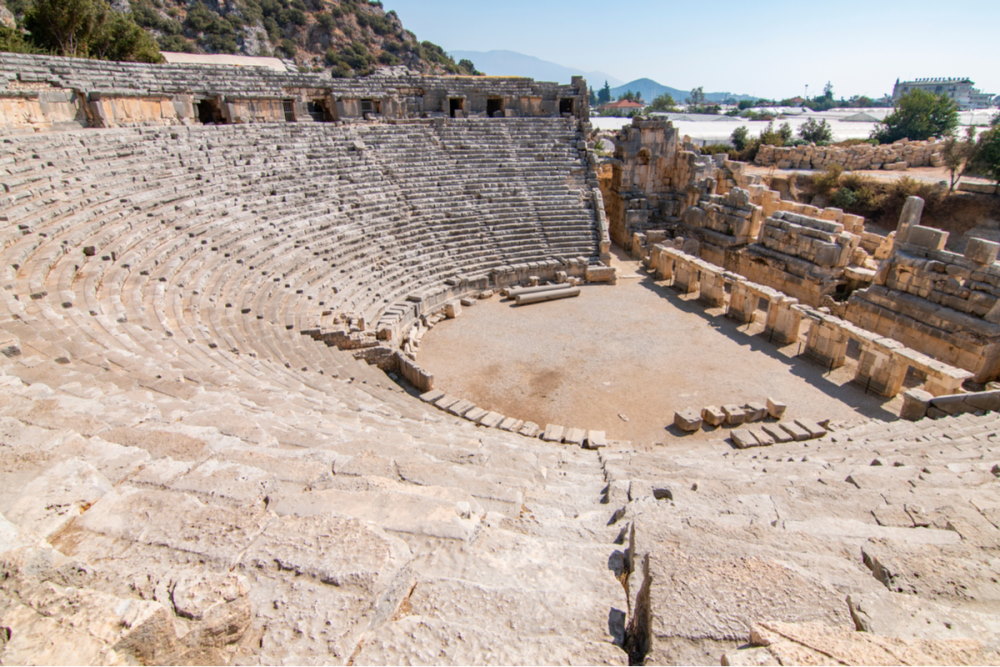 The Myra theater is one of the best preserved theaters in the Lycian Region that was built during the Roman period. It has a capacity to hold approximately 11,000 people. The majority of the two-story stage building is still standing. It was damaged in the earthquake in 141, then  was repaired by a wealthy merchant, named Opramoas from Rhadiapolis. It is thought that the side of the theater facing the audience was once decorated with masks, reliefs, and sculptures. 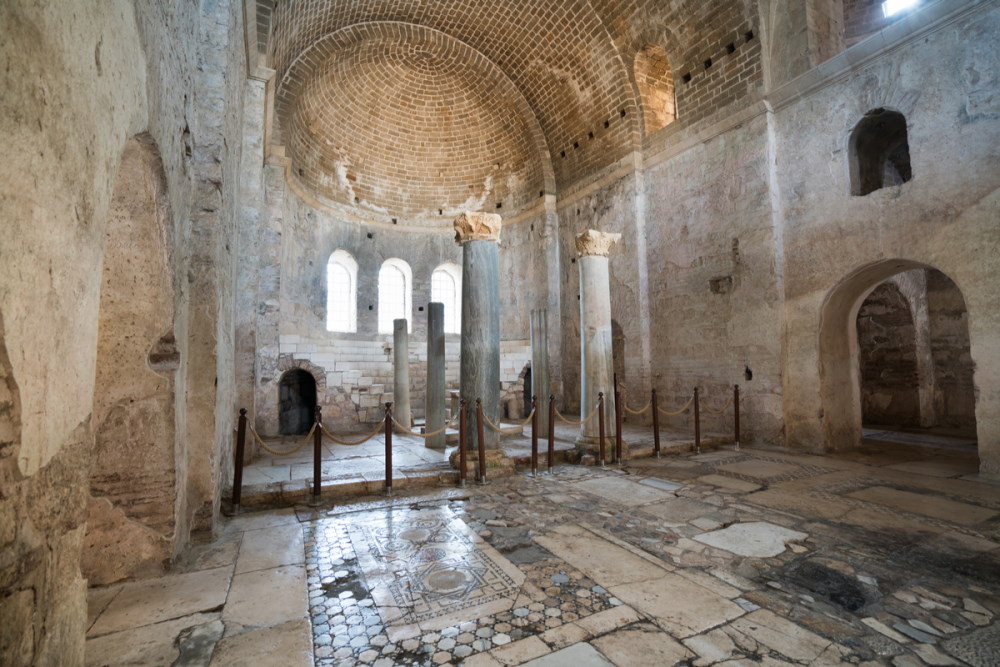 Church of St. Nicholas in Myra

St. Nicholas Church was first built in the 6th century after the death of St. Nicholas. Afterwards, several miraculous healings are said to have taken place among the believers who came to venerate his relics, and thus Myra became a place of pilgrimage. The current church was built mainly in the 8th century.

A monastery was added in the second half of the 11th century. Restoration work began in 1863, following the Russian Tsar, Alexander's, purchase of the building and the surrounding area from the Ottoman Empire. A bell tower was added during these restorations and can be seen today. The sarcophagus of Saint Nicholas, which was destroyed in 1087, was unearthed in 1968.

Myra's Andriake port was once one of the largest and most important ports of the time. Today, Andriake is the pier where you can find boat tours. Çayağzı is the best starting point for daily boat tours that stop at Kaleköy, Kekova, Üçağız, and Tersane Bay. You can rent a boat with a small group or join a group. You can swim in sparkling coves and have a wonderful day on one of these tours. 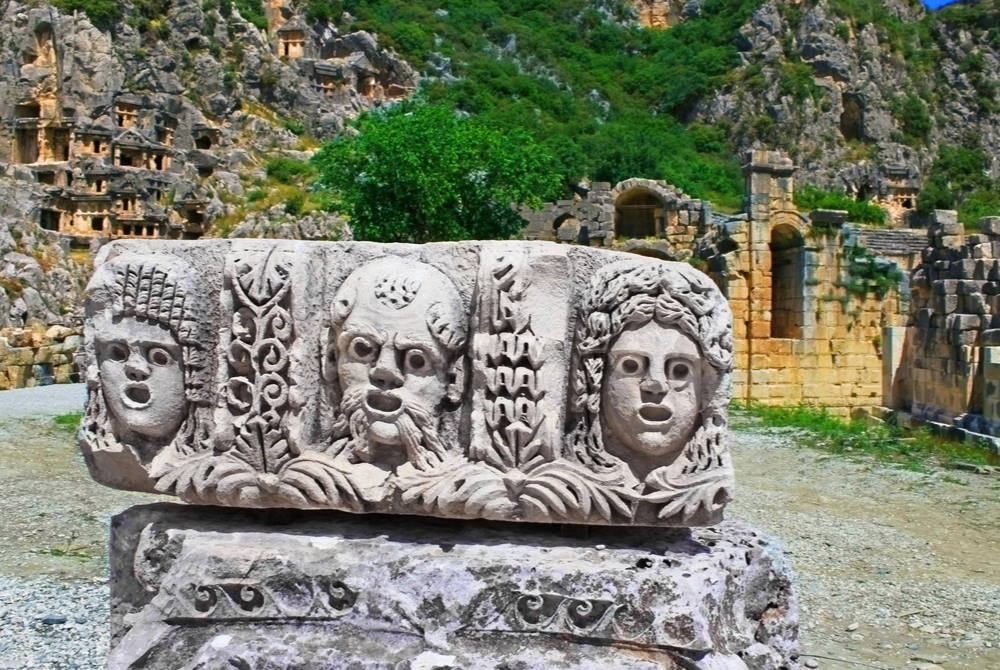 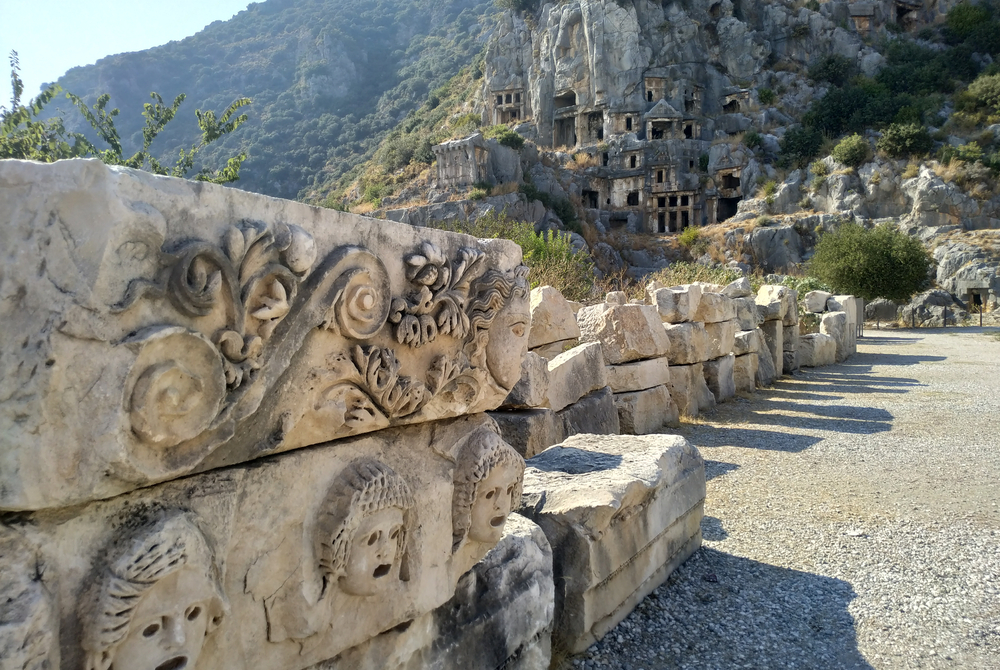 How to Get to Myra from Antalya

You can reach Myra's entrance near the Demre stream with a car. Check out how to rent a car in Antalya.

Bus: You can reach Demre with the Antalya-Demre bus, then take a taxi to Myra. 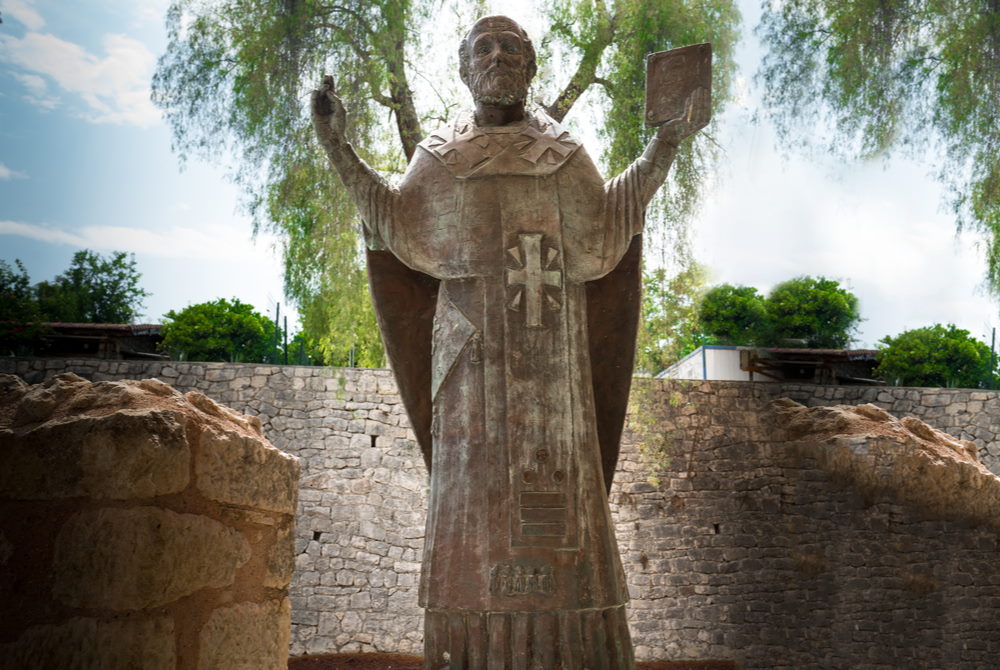 What can I see at Myra?

The ancient city of Myra contains the Church of St. Nicholaos, a roman theater, the ruins of the acropolis, and the rock-cut tombs.

How can I get to Myra?

You can reach Myra's entrance with a car, near the Demre stream.

Bus: You can reach Demre with Antalya-Demre bus, then take a taxi to Myra.

Myra is located 1.5 km north of Demre in Antalya

How much does it cost to see Myra? 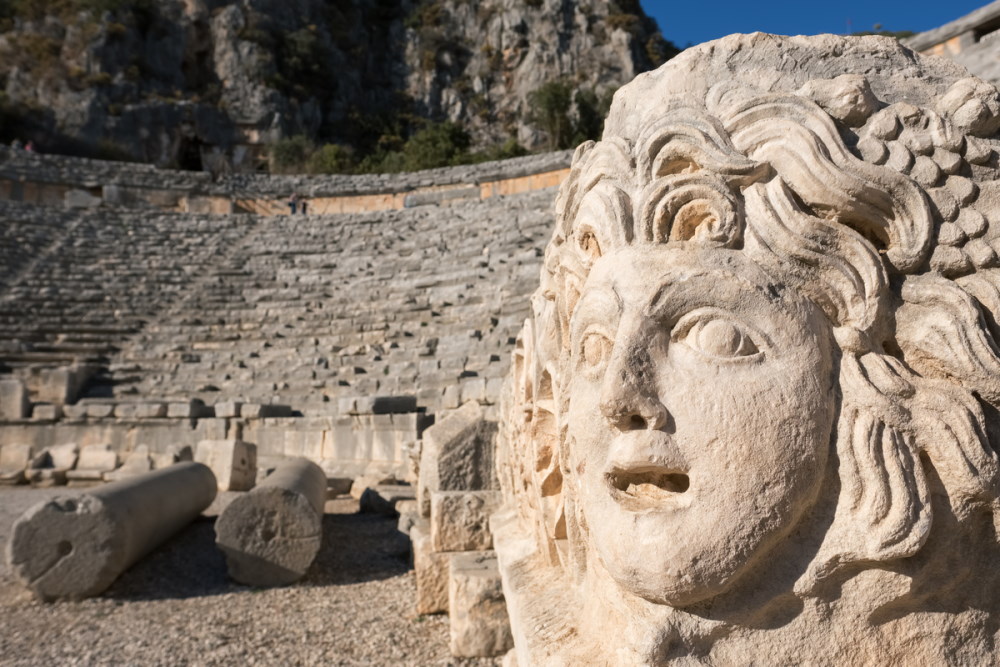 The History of Myra

Myra was an important city in the Lycian Kingdom and its history dates back to 5th century BC.

During the early years of Christianity, the Apostle Paul came to Myra. During this Christian period, Myra developed as a religious center. Myra owns its fame to St. Nicholas who became a saint after his death. Here, a church was built in his name.

In the following century, the city became the capital of the Byzantine diocese of Lycia under Theodosius II, who reigned from 408 to 450.

From the 7th century onward, Myra lost its importance due to earthquakes, floods, and the alluvium brought by the Demre Stream. Myra became a village in the 12th century due to Arab raids.