Guide to the Ancient City of Letoon in Antalya: History and Tips 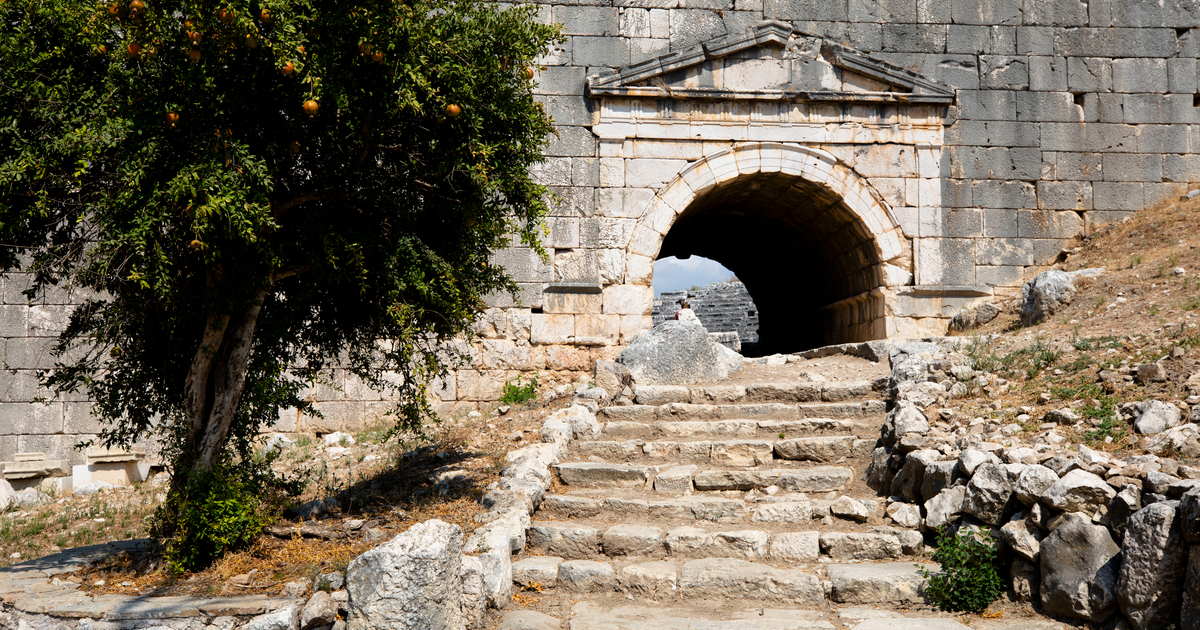 Many ancient cities in Antalya belong to the Lycian civilization and are located between the cities of Kaş and Fethiye.

A very important one to visit is Letoon, the federal sanctuary of ancient Lycia. It's located in the village of Kumluova which lies 4 km southwest of Xanthos.

In this article, we will go over the important things to know before visiting the ancient city of Letoon in the Antalya region.

1.
What Can I Do in Letoon?
2.
Entrance, Tickets, and Tours
3.
How to Get to Letoon
4.
Frequently Asked Questions
5.
Hotels Close to Letoon
6.
The History of Letoon
7.
Contact 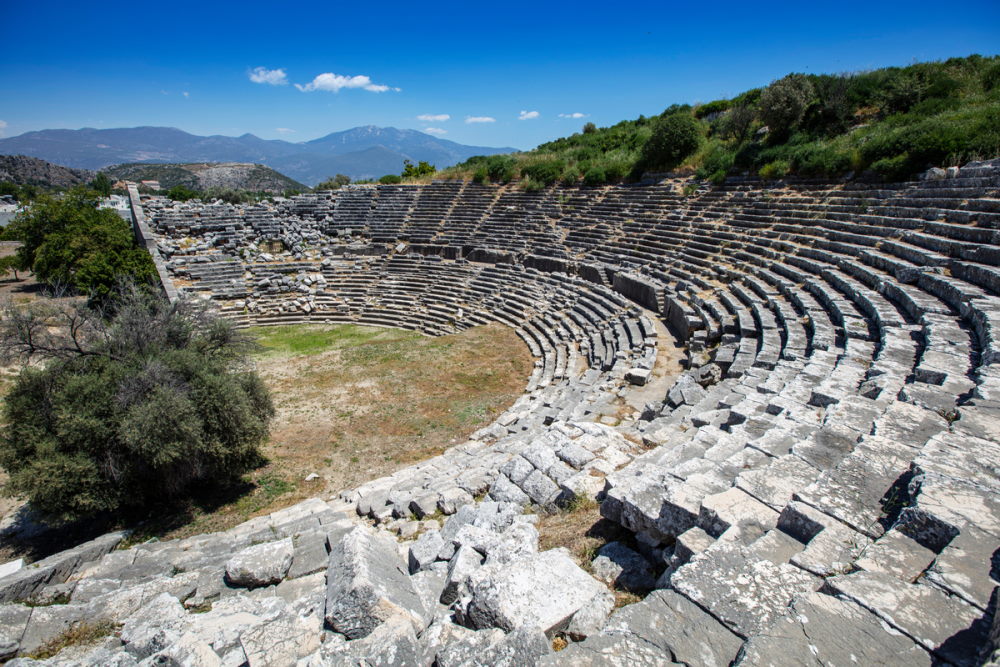 What Can I Do in Letoon?

The ruins and artifacts at Letoon show that the city was once one of the most important religious centers of Lycia. Letoon was the unified sanctuary of the Lycian Union near the ancient city of Xanthos.

In this sanctuary, there are the temples of Leto, Apollo, and Artemis, as well as the ruins of a monastery, a fountain, and a Roman theater. It houses the largest temple dedicated to Leto, mother of Artemis and Apollo, built in the peripteros style.

The Legend of Leto

According to legend, Leto, after giving birth to Apollo and Artemis at Delos was fleeing from the wrath of Hera and sought refugee on the coast. She came back to wash her children in a spring in the Valley of Xanthos. The Goddess Leto takes revenge on the locals for interfering and not letting her drink from a pond, and turns them all into frogs. Thus, a sanctuary grew up around this spring.

Here, the Temple of Leto was built in the name of the Goddess Leto where this event took place. The other two temples are dedicated to Artemis and Apollo. Today, only the foundations of these three temples remain.

There is a fountain to the southwest of the temples and a basilica to the east.

To the north of the city, there is a Stoa and a Hellenistic theater with its back partly leaning on the natural slope. The central part is cut into the rock. Only the wings were built. Two arched entrances, equipped with beautiful doors, correspond to the passage of the road which, curiously, crossed the theater. The north door is decorated with masks. The capacity of the theater is estimated to be 5,000 seats.

If you have time, follow the tree-lined road to the beach. Letoon beach is a part of the 18 km long Patara beach. 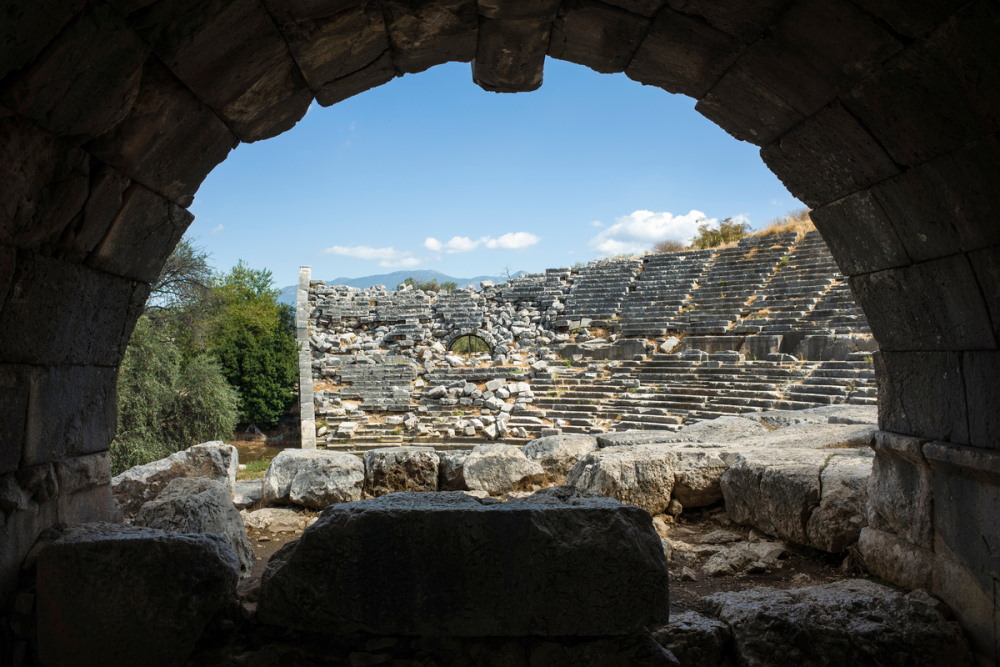 Letoon, Xanthos and Patara are all ancient cities that can be visited in the same day. 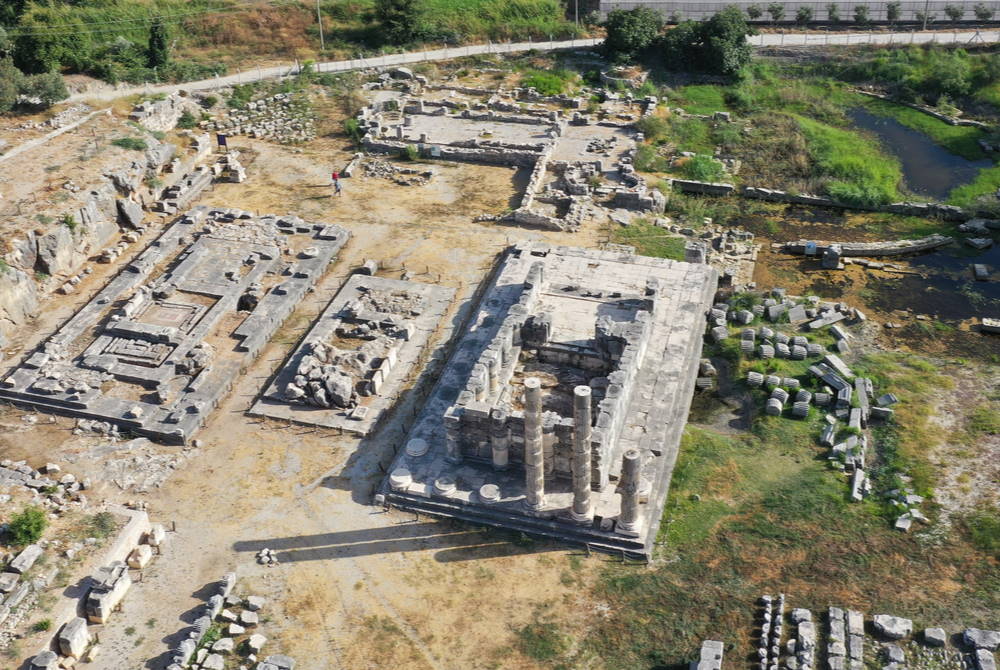 How to Get to Letoon

The ancient city of Letoon is located on the Muğla-Antalya border.

Directions for private vehicles: You can reach Letoon with the Kaş-Fethiye highway from Antalya. After turning onto the road near Kinik at the 65th km of the road, you continue for 4 km and reach the ancient city of Letoon.

You can combine your trip with a visit to the ancient city of Xanthos by following the Xanthos signs a little further down the same road.

Bus: You can also use the KUMLUOVA-FETHİYE bus to get Kumluova and then take a taxi cab to reach the ancient site. 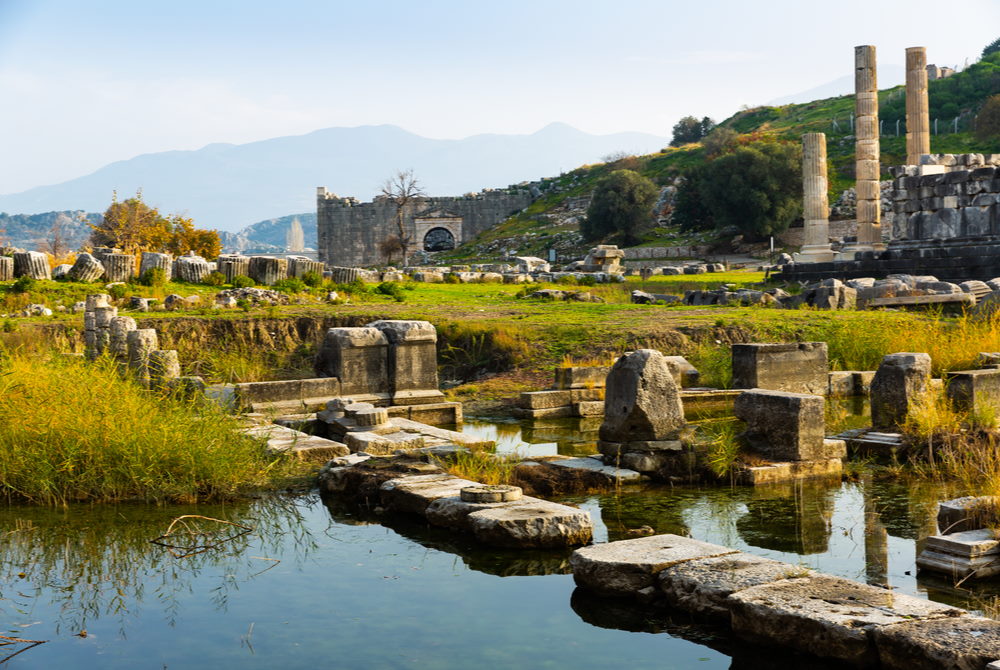 When was the ancient city of Letoon added to the UNESCO World Cultural Heritage List?

Letoon, along with Xanthos, was added to the UNESCO World Heritage List in 1988.

How much does the entry to Letoon cost?

The ancient city of Letoon is located on the Muğla-Antalya border, in the village of Kumluova which lies 4km southwest of Xanthos.

How can I get to Letoon?

Directions for private vehicles: You can reach Letoon with the Kaş-Fethiye highway from Antalya. After turning onto the road near Kinik at the 65th km of the road, you continue for 4 km and reach the ancient city of Letoon.

Bus: You can also use the KUMLUOVA-FETHİYE bus to get Kumluova and then take a taxi cab to reach the ancient site.

Here are some options for accommodation around the ancient city of Letoon. 4 of the most award winning hotels around for every budget: 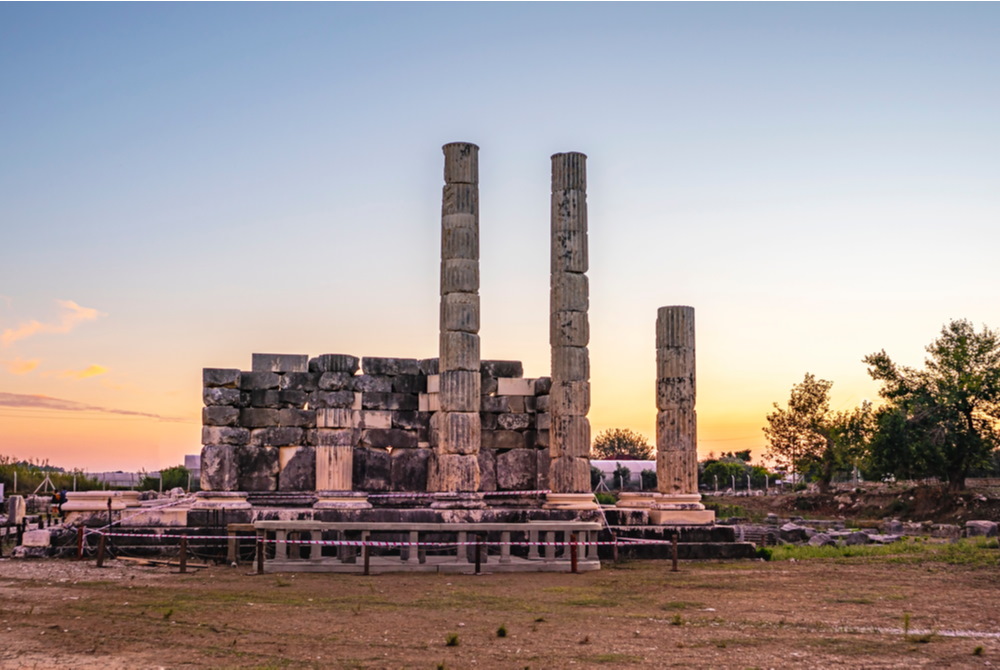 The Lycians, a people whose origin remains mysterious and the language largely undeciphered, developed an their own civilization until the conquest of Alexander.

After Alexander's death, Lycia was occupied for several decades by the Ptolemies, Greek rulers of Egypt, then by the Rhodians. Thanks to the protection of Rome, the Lycians regained their independence in the 2nd century BC, as part of the renewed Lycian confederation.

During the Roman Empire, Letoon received a visit from Hadrian, who had an imperial room of worship built in front of the altar of Leto and the nymphs. After the prohibition of pagan worship (edict of Theodosius, 380AD), the temples were destroyed, but built into a small early Christian church.

Letoon was Christianized with the construction of a church, using stones from the sanctuary, but was abandoned in the seventh century AD after the Arabian incursions.

Systematic excavations began in 1962 with the French mission of Xanthos, then under the direction of Henri Metzger. Work has continued at a steady pace every since, under the successive leadership of Christian Le Roy, Jacques des Courtils, Didier Laroche, and since 2009, Laurence Cavalier.

The Létoon archaeological mission, under the auspices of the French Ministry of Foreign Affairs, continues its work today, to publish the results of previous excavations and to improve the presentation of the site.

Letoon, along with Xanthos, are included in the UNESCO World Heritage List.